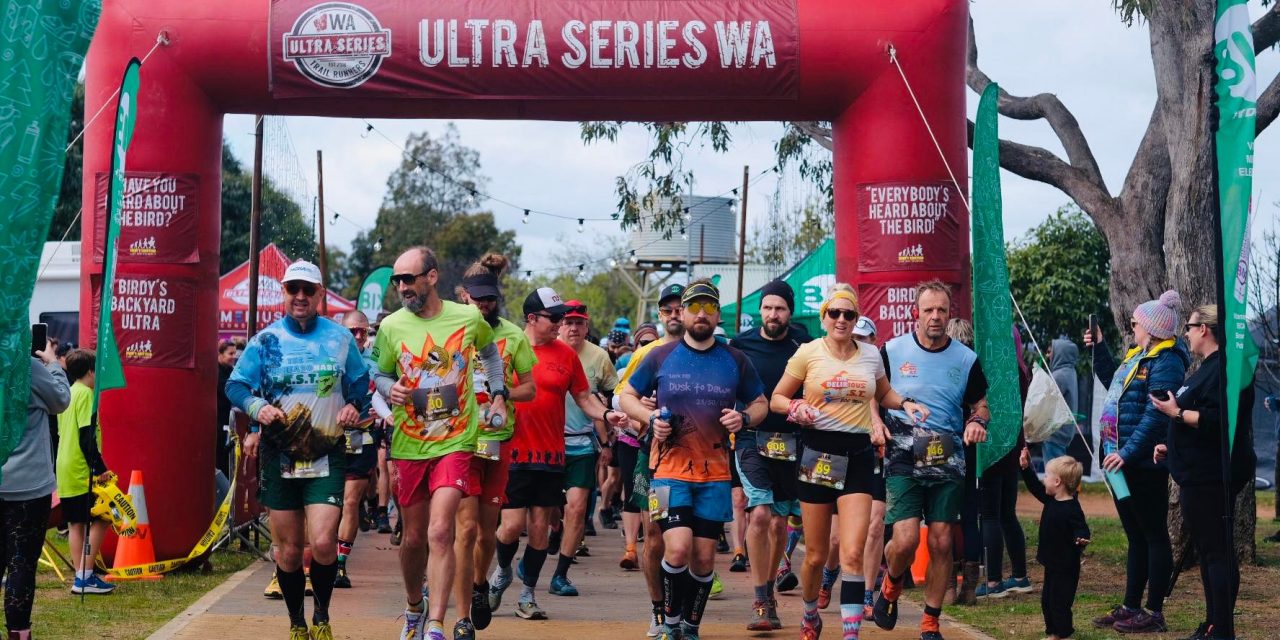 Well, it goes without saying that when there’s a backyard ultra on in Australia, there are sure to be eyes watching from afar! Since 2019, Birdy’s Backyard Ultra in Towerinning, WA has been making waves as ultra runners across the country tackle the format to beat their own targets.

This year it was held the weekend of 5-7 August; 2021 winner Phil Gore, and an AURA member from Darling Downs, yet again took the crown, claiming the 2022 title of Last One Standing with a total of 54 laps (362.34km) and setting a new Australian record. In 2021 he finished with 51 laps against AURA’s Michael Hooker (50 laps/Assist).

This year’s Assist was claimed by Aaron Young (53 laps/355.63km), whilst AURA’s Jessica Smith from Perth continued to write her name in lights as she took 45 laps (301.95km) to a whole new level. At loop 42, she raised the bar with a new women’s benchmark in Australia.

RUMBLE IN THE JUNGLE

Rumble In The Jungle, a new event to the AURA calendar and hosted by Coffs Trail Runners in Bindarri National Park (NSW), was held on 7 August and saw a fantastic inaugural race offering a 42km Mountain Marathon, 21km Waterfall Wander and an 8km Ulong Fun Run.

The Kuranda to Port Douglas was also held on Sunday, 7 August and was hosted by Dynamic Running in Kuranda, Qld. In the world of ultras, on offer was a 60km trail race for both solo entrants and relay teams, with the event starting just off Kennedy Highway and following Black Mountain Road and the Bump track to Port Douglas.

Moving along through to the second weekend in August, the Berry Long Run was held Saturday, 13 August in Blackwood, Vic and offered ultra runners a 70km course.

In the Women’s 70km distance, it was an AURA podium finish for all 3 top spots! AURA member Fleur Douy from Coburg took the crown of victor with a time of 9:09:38, whilst AURA’s Katherine Macmillan from Kinglake West claimed 2nd Female with 9:32:15 and AURA member Jody Daff from Croydon North kept on strong for 3rd with 9:56:23.

Congratulations to AURA’s Mathew Schubert from Golden Square who completed his Berry Long Run 70km event in a fantastic time of 10:05:45.

WA’s only track event on the calendar, Track Ultra WA is held in the port city of Bunbury, about 170km south of Perth and this year was held the weekend of 13-14 August.

Well done to AURA member Barbara Fieberg-McFarlane who raced in the 12hr and completed the event in 113, or 46.861km.

Hosted by Blue Mountains Fitness, the Lithgow Ridgy-Didge Trail Run Festival was held from 20-21 August, 2022 in Lithgow, NSW with the longest distance on offer a marathon of 42.2km.

The Sink Or Survive 500km in SA is currently underway and there are definitely some AURA members racing in that! Running from 20-28 August, updates are being done on the S.O.S Facebook group page but of course, we’ll provide a report once everyone has finished their incredible event!

The 2022 IAU 100km World Championships in Berlin-Bernau, Germany are due to start on Saturday, 27 August with 251 runners (106 women, 146 men) across 41 federations. We wish all of our AURA runners representing Australia the very best for their race – for the women: Corrina Black, Jacqui Kellerman, Michelle McAdam, Clare Palmer, Anna Pillinger and Greta Truscott. For the men: Clay Dawson, Dion Finocchiaro, Andrew McConnell and Grant Schmidlechner.

This weekend we see the Bright Running Festival to be held in Bright, Vic which offers a 50km for ultra runners, as well as the 63km Wonderland Run in Halls Gap, Vic.

Kicking off the month of September, the AURA calendar features the Cairns Port Douglas Trail Ultra from 2-4 September, the GV Last Man Standing in Vic from 9-12 September, the Barossa Run in SA on 10 September, the Glasshouse 100 (Australian 100mi Championships) in Qld from 10-11 September and the Great North Walk Ultras in NSW the same weekend.

Pictured: The start of the very first lap at the 2022 Birdy’s Backyard Ultra. Photograph – Jo Malcolm. 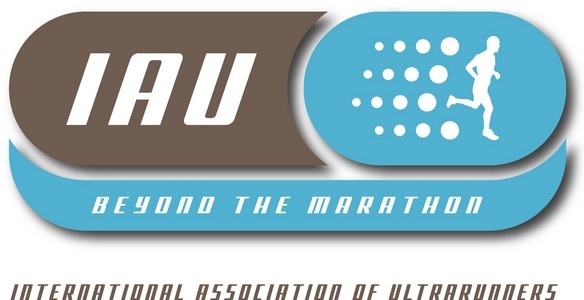