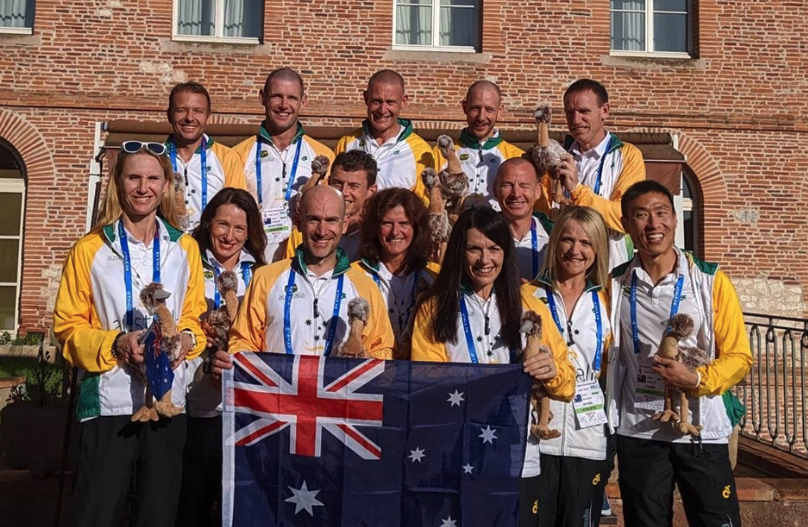 This past weekend on the AURA calendar saw yet again a block of amazing races and performances by ultra runners from our astounding community.

The IAU 24hr World Championships were held on Saturday (October 26) in Albi, France and the Australian team did extremely well on the track. As AURA president Rob Donkersloot said earlier this week on the socials, “AURA cannot be more pleased; every runner gave it 150% and represented our country and Association superbly. Thank you from all our members and the Australian running community as a whole.”

Team coach Martin Fryer said to the team shortly after the race “That is a very creditable set of results for us and you all should be proud, despite things not always going to plan. We batted way above our average and I know we left an extremely positive, indelible imprint on the event and the people that we met and interacted with.

“Unbelievably superb camaraderie was shown by all of the Emus and their super crew. I am humbled by the courage and sportsmanship shown by the runners and the incredible, limitless energy and enthusiasm displayed by the crew.

“Thank you all for an experience that I will never forget, but also for the timeless imprint you left on this event and town as fine ambassadors for Australia.”

Kicking it off for our national events was Ultra Runners SA’s Heysen 105 which started on Saturday (October 26) and offered three distances for participants – 105k, 60k and 37k. This year, the course had a change that saw the original 57k turn into a 60k and the 35k into a 37k.

The 105k allows runners to travel along a section of the 1200km Heysen Trail in SA with views of rolling farmlands, sandy forests, rocky hills and more.

Steaming hot conditions took over the course at Sunday’s Mico RunningWorks 50 at The Spectacles, WA with temperatures soaring to about 37 degrees by midday. On offer to runners were a number of distances, including the 50k ultra as well as a half marathon (generating to about 24km) and an 8km.

In the 50k event for the men, AURA’s Jon Pendse from Kingsley, WA took top honours with a fast 3:30:16 on the fast course. Second was extremely close, right behind Pendse – AURA member Tony Smith from Tapping, WA took the podium finish with 3:32:20, while Nathan Fawkes took 3rd with 3:35:46.

A big congratulations also to AURA member Andrew McLeish who finished his 50k race with 5:18:53.

The 100km and 50km events at the Ned Kelly Chase held on Sunday also doubled as the AURA 100km National Championships, and always is a bit of fun as the pushbikes chase runners.

In the results for the AURA championships for the women, congratulations goes to Rhiannon Snipe from Blackburn, Vic who placed 1st with a time of 8:09:58. Second went to Michelle McAdam from Naremburn, NSW after a finish of 8:15:15, whilst 3rd was successfully taken by interstate traveller Henley Brook, WA’s Margie Hadley after securing a time of 8:43:59.

In the men’s AURA championships results, Clay Dawson from Karalee, Qld took 1st place with 6:54:03 and claiming 6thbest ever by an Australian male.

“Clay Dawson’s 100km time appears to be the 6th best ever by an Australian Male, 3rd best in Australia and the best time in Australia for more than 20 years,” he said.

“Amazing frankly to see that 2nd place this year was a 7:03 from Dion Finocchiaro (now 8th best by an Aussie) and even 3rd would usually have won just about any other 100km race in the country at 7:53.

“The women’s times also fill some spots in the top 10 best ever and we have a total of three performances here which have hit the top level international qualifications set by the IAU.”

AURA’s own Lou Clifton from Mount Victoria, NSW known for her international ultra races, ran spectacularly on October 20 at the Cappadocia Ultra-Trail 199km (CUT) in Central Anatolia, Turkey claiming 1st Female and crossing the finish line in a whopping 12:41:32.

Second female, Teresa Nimes Perez was about 44 minutes behind Clifton, completing her race n 13:25:13 whilst 3rd place getter Giulia Vinco came in at 14:18:17.

Congratulations to Clifton on a fantastic performance.

Coming up on the calendar

Coming up on the AURA-listed calendar of events is the Feral Pig Ultra on November 9 in the hills of Perth, offering a 100mi, 100km, 50mi and 50km. 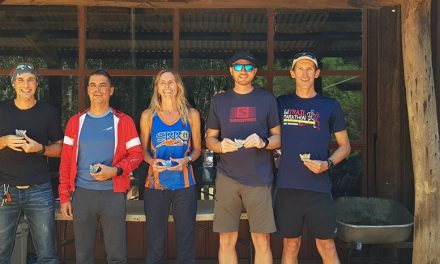