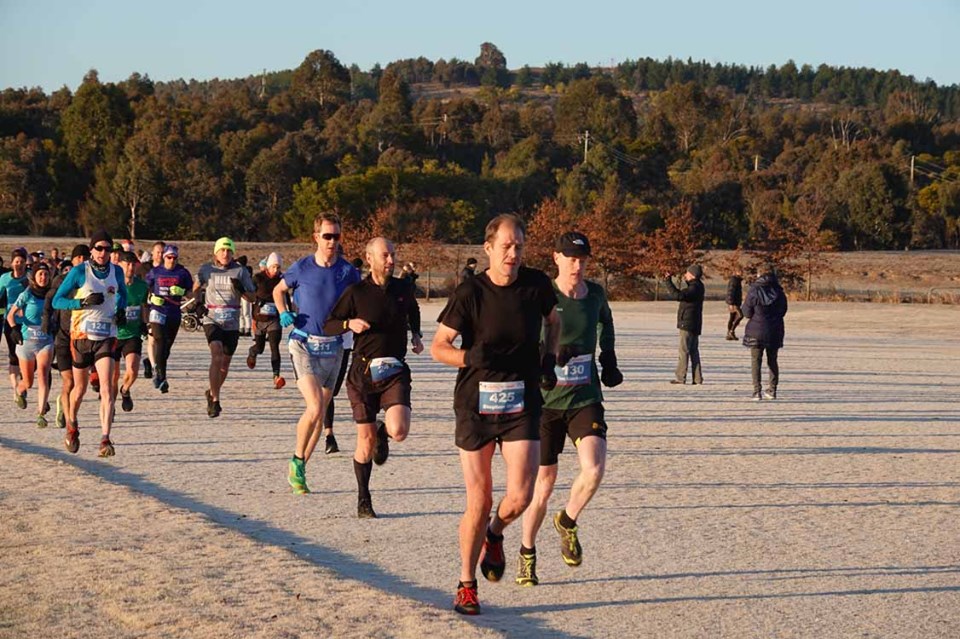 At 4pm on August 23 (Friday) 16 solo runners and members of 39 relay teams toed the line at Rond Terrace in Canberra for two laps of the central basin of Lake Burley Griffin, the 10km prologue of the 2019 YMCA Capital to Coast 100km staged trail race.

Only 36:48 later, Tim Cochrane in the solo male event led all runners home. Kieran O’Brien was fourth across the line and second solo male in 38:50 and Glen Robinson came through for third solo male in 40:37. The interim podium in the female solo event on Friday night had Grace Owen on the top step in 51:19, leading Dianne O’Shaughnessy by three seconds and Amy Currie and Clare King a further five seconds behind.

A late change to the course moved the first three stages on Saturday into the ACT. After an evening’s rest, the runners showed up for a 7am start at a frosty Stromlo Forest Park for the 8km Stage 1 on a mix of grass cross country course and lumpy fire trails.

The overnight low of -5° had turned the grass course to ice but the cool conditions were soon warmed up by some fast running – Tim Cochrane again led all runners home in 31:00 and Grace Owen again led the females home in 41:02 with Amy Currie yet again chasing hard only 12 seconds behind.

Runners then relocated from Canberra’s west to Canberra’s north for the next mass start at the 15km Stage 2 in Mulligans Flat. The field followed the fire trails through the feral-free fauna reserve before following the border up towards Oak Hill lookout and finishing with a fast downhill section.  Tim Cochrane was led home by a relay runner but extended his lead in the male solo competition with a time of 1:02:02 with Glen Robinson moving up to second. Amy Currie led the female soloists home in 1:20:09 and moved ahead of Grace Owen overall by five seconds.

Still circling Canberra in a vaguely coastward direction, the 9km Stage 3 took place on roller coaster fire trails at Molonglo Gorge in Kowen Forest in the east of the ACT, finishing with 3km of single trail heading down the gorge. The challenging course slowed down the runners with Tim Cochrane again leading the soloists home in 47:22 and Glen Robinson consolidating in second. Annie Schofield led the female solo field in 1:04:12 with Laura Marshall second while Grace Owen returned to the overall lead by 1:28.

The route changes meant that runners piled into their cars after Stage 3 for the two-hour drive to the south coast for the 4pm start to Stage 4 in Long Beach, north of Batemans Bay. The 14km course took runners along the dirt roads of Murramarang National Park and through the village of South Durras before accessing Cookies Beach for 800m for a sunset beach finish (and a convenient ocean ‘recovery pool’ beside the finish line). Glen Robinson crossed the line in 1:02:48 to pip Tim Cochrane by two seconds. Amy Currie was the first solo female through the sand in 1:18:15 and returned to the overall lead.

With 56km down at five locations, runners retired to enjoy a social buffet dinner at the Catalina Club in Batemans Bay.

Dinner chatter covered war stories from the first day and expectations and plans for day two. None of the runners appeared too keen to ‘kick on’ after dinner and early nights appeared to be the favoured choice. Overnight, Tim Cochrane led Glen Robinson by 10:37 with Kieran O’Brien 23:54 further behind. Amy Currie led the women from Grace Owen by 1:08 with Annie Schofield a further 14:22 later.

Sunday dawned fine as the race progressed up the Princes Highway to Stage 5. Runners faced a slow climb along the dirt ‘Old Princes Highway’ for 13km through state forests before a fast 3km downhill finish to Termeil. Both overnight solo leaders consolidated their position with Tim Cochrane finishing in 1:10:43 and Amy Currie coming home in 1:27:43.

Stage 6 returned to fire trails, traversing 9km through Morton National Park. The dry conditions changed the wade through Conjola Creek into a stretch of mud before the field headed up and down the steep fire trails. Once again, both leaders extended their overall advantages – Tim Cochrane’s time being 42:40 and Amy Currie crossing the line in 55:52.

The cross country course at Timberhills in Tomerong was the location for Stage 7. After 44 years of staging cross country events, Stage 7 was the last time Timberhills was to host a race, being retired after the event. Three laps of the 3km course gave the field a challenge and the spectator fleet plenty of opportunity to cheer their runners along (while enjoying a picnic in the fields). Glen Robinson led the solo men home in 38:13, cutting 2:23 out of Tim Cochrane’s lead while Annie Schofield’s local knowledge may have assisted her to a 48:27 winning time, beating Amy Currie out by nine seconds.

The final stage took runners from Hyams Village along the single trail of White Sands Walk through Jervis Bay National Park for 4km before joining the bike path for a further 6km through to finish at White Sands Park in the heart of Huskisson and the completion of the 100km total journey. Glen Robinson again took time out of Tim Cochrane’s lead, coming home in 40:47, 2:46 ahead of Tim. Amy Currie led home the female solo field in 47:54, extending her lead by almost six minutes. Both Tim’s overall time (7:17:30) and Glen’s overall time (7:30:21) in the solo male competition were faster than any of the relay teams.

Pictured: Runners hitting the course in Stage 1 of the YMCA Canberra Capital to Coast 2019. Photograph – Supplied. 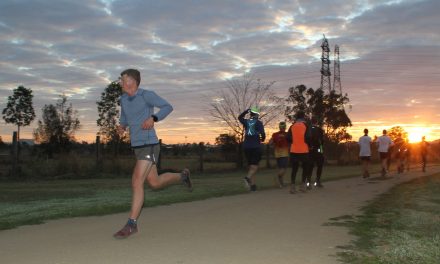 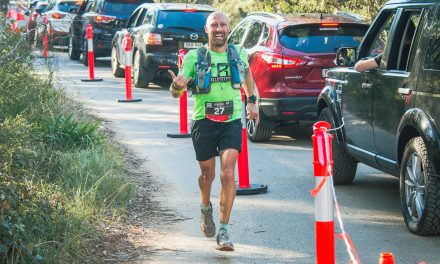 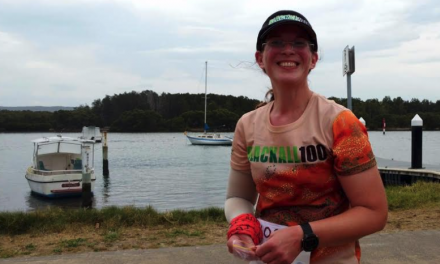