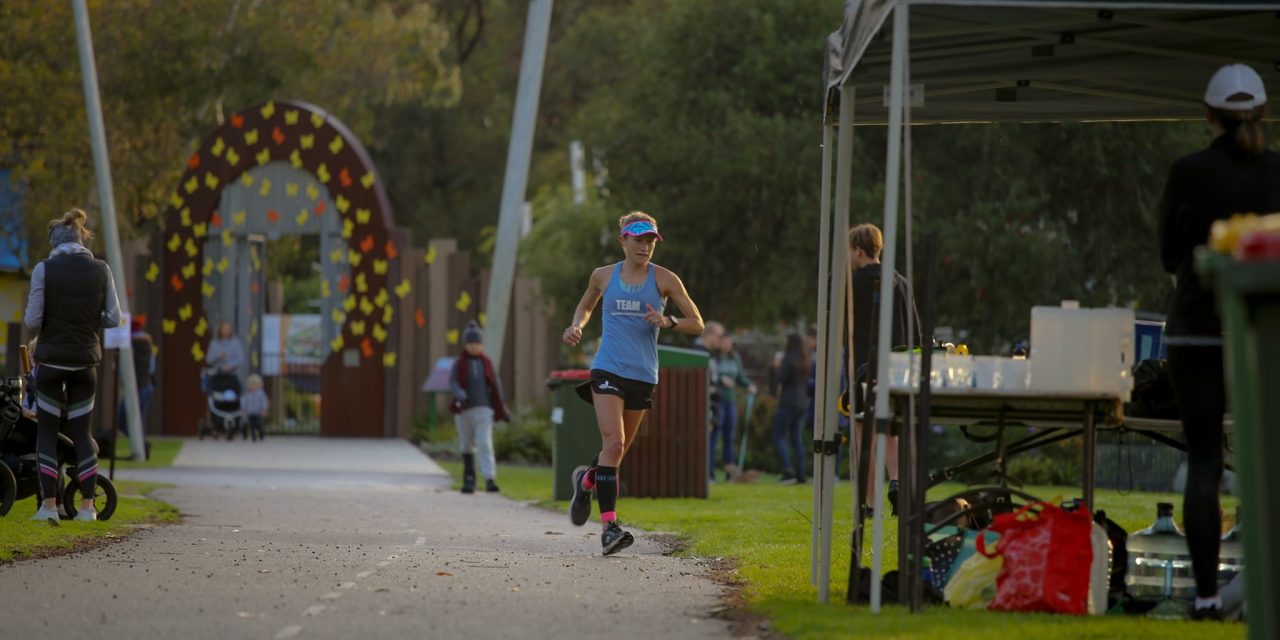 Two great events were held across the weekend from one end of the country to the other.

AURA’s Lisa Hurring from Central Qld took control of the women’s race and landed herself 1st Female with a time of 27:45:31.

Second Female went to Jenny Morris (29:50:11) whilst no other ladies completed the distance, however they were all stellar efforts by all those who started at the sound of the gun.

Congratulations goes to AURA member Matthew Salinovich who finished the 100mi, and crossed the finish line in a time of 27:17:53.

Onto the 60km event and in the women it was AURA’S Stephanie Auston from Merimbula, NSW who took 1st after a finish of 6:04:58.

Full results of the Brisbane Trail Ultra can be found here.

Sunday (July 7) saw the running of the third Salming Bibra Lake RunningWorks Ultra in Bibra Lake, WA where participants raced in two new distances introduced this year – the 50km and marathon, on top of the already organised half marathon and 12km events.

AURA ultra runner Margaret Hadley from Henley Brook took top honours for the women’s 50km on the back of an injury.

Hadley said she felt good, claiming it wasn’t her best performance but the event itself was fun and she enjoyed every minute of it.

“Even though it didn’t go quite how I wanted, I was using the 50km as a training race, and going in injured I knew it wasn’t going to be a fast race,” she said.

“Fitness wise I was surprised, I felt really good because I had nearly four weeks off, and thought it wasn’t going to be great.

“At about 32km my injury really started to play up, and was going to pull out but then I kept going with a walk-run strategy.

“In the end, it wasn’t an ideal run but it turned out to be a lot of fun, and I loved it; it’s such a great event.”

Full results of the Salming Bibra Lake RunningWorks Ultra can be found here.

The next AURA-listed events on the calendar include Three Marathons in Three Days on July 12 in Kuranda, Qld (three-day stage race totalling 126.60km), the Adelaide 6/12/24 Hour in Adelaide, SA starting July 13, and the Elephant Trail Race on July 19 in Port Macquarie, NSW (160km, 108km and 54km).