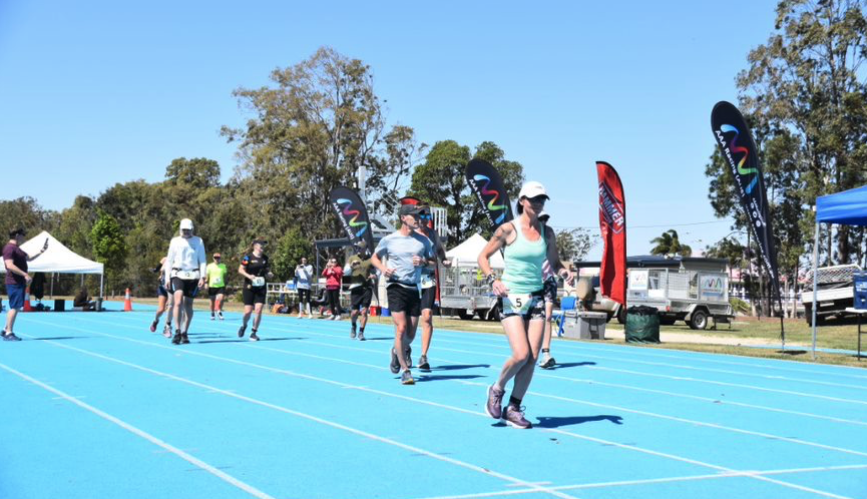 Butter 24 & 48, Qld
The Butter 24 & 48 event was held the weekend of 25-27 September, and the results are now official. Due to strong winds that knocked the timing equipment off, race directors were recording laps manually and had to process the uploading of data for each athlete which took a little bit of extra time.

There was a new W55 24hr Age Group Record set by experienced distance runner Tia Jones in the 24hr division (yet to be ratified), so read on for more information – and congratulations to Tia!

Well done to all those AURA members who ran in the 6hr including Susannah Harvey-Jamieson (12.400km).

AURA’s own Mick Thwaites from Banyo, Qld took 4th Male after completing 208 laps and finishing up with 83.200km.

It was another top spot podium finish for the men too, with AURA’s Mark Vickers from Wooloowin, Qld claiming 1st Male after a successful 407 laps and 162.931km, claiming 3rd Overall.

Greg Ponych from Wishart, Qld and also an AURA member took 1st Male after a whopping total of 678 laps and a massive 271.520km. AURA’s Stephen Lewis from Stanthorpe, Qld held on for 2nd Male with 428 laps and 171.270km whilst AURA member Steven Houldsworth from Harristown, Qld claimed 3rd Male following his 209 laps and 83.600km.

Starting with the 60km distance, AURA’s Ben Duffus from Indooroopilly, Qld took out the title of 1st Male after completing the run in 5:21:18 setting a new Course Record by more than 20 minutes.

He said in an exclusive finishers interview to BTU race directors that it was a great day for a run on local trails and that the last 20km was just about getting it done.

“It was about survival, about just getting it done but by then it was on home ground,” he said.

“My strategy to manage the heat, I had crew with me so when I came to the checkpoints I got ice cold towels on me, dunking stuff in ice cold water, all of that stuff…and then on days like this, you have to remember to slow down a little bit.

“I know most of these trails that are in the BTU, but the Black Cockatoo Single Trail section of the course I’d never done before, so I was super happy to have experienced that one.”

When it came to the BTU100mi, AURA’s very own Noelis Rheault from Carindale, Qld secured top spot with 1st Male, coming in across the finish line with a whopping time of 20:38:17 – a new Course Record. 2nd Male finisher was also an AURA member in Kieran O’Brien from Auchenflower, Qld who came in at 22:18:44 whilst 3rd Male went to Damian Espinase (24:39:44).

What a stellar effort from everyone at the BTU for the event’s second ever running.

Big Dog’s Backyard International
As ultra runners, we’ve all heard of the infamous Lazarus Lake. This year, his Big Dog’s Backyard Ultra World Championship is being held on 17 October across the globe and he’s claimed that the event will feature the greatest array of talent ever assembled to compete in the backyard event. With all things COVID-19 this year, the format will be different – each nation competing will have its own satellite event running simultaneously, with each event a stand-alone race and the winner being the last man or woman standing.

With 15 runners minimum needed on the Australian team, we have some amazing AURA names on the list who will be running at the Oxley Creek Common (same venue as AAA Racing’s The Clint Eastwood event). In alphabetical order:

More News
Last week, Stephen Wright from Oxenford, Qld was running a six day solo run in his state on a 4km circuit around Damian Leeding Lake, starting 27 Sept and ending 3 Oct. He successfully completed a whopping 661km and found an immense amount of support both online on the socials and in-person.

The Irrational S.O.U.T.H 200 Miler was supposed to be held from today (7 October) from Murray Bridge to Clare Valley in SA, however with border closures and event postponements, the official event was cancelled. Event director Shaun Kaesler has said that 4 participants, all of whom were entered, are currently running their own Irrational S.O.U.T.H 200 Miler and that he would donate the equivalent of their entry fee to their nominated charity (plus an entrant rollover) if they were to go ahead.

If you’re an AURA member, or know someone who is and they are running an event, please email kate.dzienis@aura.asn.au so their achievements may be included in our weekly news reports.

Coming Up
The River Run 100 will be going ahead on 10-11 October in Auchenflower, Qld but has limited its entrant numbers to 500 due to COVID-19. Volunteers are still needed according to the event’s FB page so visit for more information. Distances for ultra runners include a 100km and 50k.

The Western Coastal Running Festival will go ahead on 11 October with a 60km option for ultra runners in Semaphore, SA.

The Margaret River Ultra Marathon will be held on 17 October in Margaret River, WA offering a full 80km course for solo runners and teams through the forests, trails, beaches and bluffs of the Cape to Cape coastline.

Victory Harbour in Waitpinga, SA will be run on 17 October. Known to be a challenging and technical course, participants will take trails through the Newland Head Recreation Park. A 60km option is offered for ultra runners.

Also held on 17 October is Big Dog’s Backyard International World Championships. Hosted by America’s Lazarus Lake, it is likely to be the only international team event due to COVID-19 restrictions across the globe. The event will be held at Oxley Creek Common, Rocklea, Qld and the team has already been selected with a large number of participants in the Aussie team being AURA members.

Unfortunately both Ultra Trail Australia (22 October) and the Ned Kelly Chase (24 October) have been cancelled for this year. 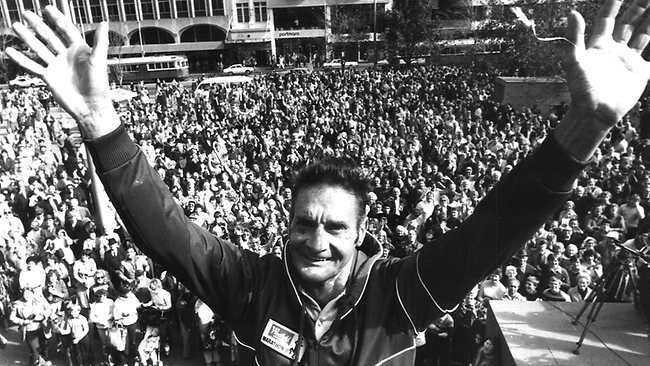