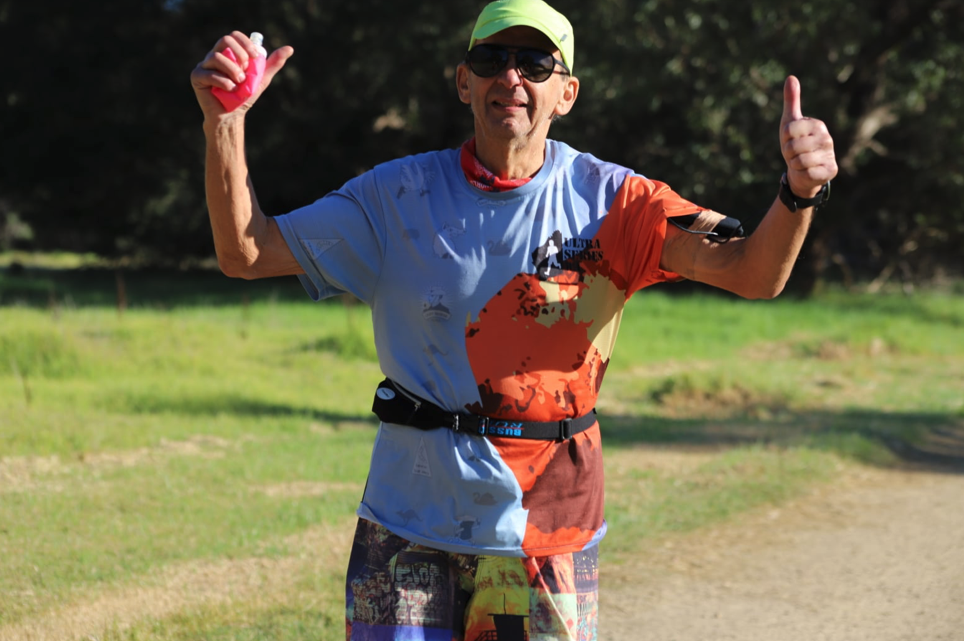 The Lighthorse Ultra at Perry’s Paddock in Woodvale, WA started in beautiful conditions on Saturday (May 1), with the 24hr kicking off at 3pm, the 12hr at 3am Sunday, the 6hr and 3hr at 6am Sunday and the 1hr at 930am (there was even a 3hr horse race at 11am, with two competitors!). With the day warm and perfect, participants kicked off the event well before restrictions were announced by the state’s premier but everyone was on top of it, and it was fantastic to see spectators, volunteers, race organisers, support crew and finished runners mask up when they weren’t doing their ‘strenuous exercise’.

Once evening fell, the freezing cold kicked in, with Perry’s Paddock known to drop temperatures in the middle of the night – at 6am, it was a stone cold 6 degrees. Many of the support crews had camping/outdoor heaters to keep themselves warm or onesie sleeping bags, which made for some good laughter.

Alright, onto the results!

Final distances are yet to be updated to the database – on the last lap (with each lap being 2.5km), runners were asked to place a numbered sandbag on the ground when the horn blew, indicating the extra mileage following the last official crossing over the finish line. Current distances being reported on are solely laps.

AURA’s Phil Gore from Darling Downs, fresh from his win and new record set at Herdy’s Frontyard Ultra just five weeks ago, took 1st Male at Lighthorse with 255km + sandbag distance (102 laps). He looked strong at every lap, much of the time running with other participants and having a good chat whilst still securing steady average paces on each.

Congratulations to all our AURA members who ran in the 24hr, including (+ sandbag distance for all) Sergio Gustinetti (180km), Bianca Harding (160km), Jason Kell (160km), Lizelle Smith (147.50km), Duc Do (142.50) who flew in from interstate, Heath Watkins (140km), Sue Robertson (137.30km), Chris Martin (135km), Lighthorse race director Shaun Kaesler (132.50km) who got the opportunity to literally run in his event for the very first time, Jerry Peters (120km), Frank Chauveau (117.50km) who encouraged an incredible amount of participants with his friendly banter and cheering on every lap, Will Chan (95km) and AURA secretary Julia Mackay-Koelen (92.50km).

Well done to our AURA members who ran in the 12hr, including (+ sandbag distance for all) Doug Bartlett (92.50km), Ultramag Coach’s Corner contributor Paul Hadfield (50km) and Simone Watkins (42.50km).

Onto the 6hr at Lighthorse and we saw AURA’s Michael Hooker from East Perth take 1st Male with 75km + sandbag (30 laps), who returned with a vengeance this year after last year pulling out of the 24hr at 177.50km.

Congratulations to all our AURA members who ran in the 3hr, including (+ sandbag distance for all) John Fisher(22.50km), Linda Phillips (17.50km) and Kate Dzienis (15km).

What an incredibly epic battle it was at the Dead Cow Gully Backyard Ultra at the weekend. The event started on 2 May (Sunday) and continued through to Monday with a nail biting ending to the last one standing format. John Pearson and Ryan Crawford fought for 43 laps, and in a dramatic turn, Pearson’s knee locked up 500m into the 44th loop and he was forced to turn around. Crawford continued on, unknowingly racing his last loop alone, and clocked a total of 294.80km (6.7km each loop x 44). During the second night, visibility was down to about 10m due to mist and fog, making it extremely difficult for both runners to see clearly through the Gully section, and Pearson had been coming in with 6-7 minutes to spare of the hour, whilst Crawford consistently came in around the 38-40 minute mark.

A stellar effort at Dead Cow Gully, with hundreds of people watching the action either on the ground and on the social feeds.

Congratulations also to AURA’s Petr Mikeska who completed 16 laps and gained a total of 107.296km under his belt. His laps were averaging a time of 00:48:28.

In other racing news, AURA member Matt Crehan took out the Margaret River Ultra on 1 May (Saturday) which was held along the Cape to Cape coastline in south west WA.

250 solo competitors completed the 80km point-to-point course in perfect race conditions, and setting one of two course records by just under one minute was Victorian runner Crehan, who took line honours in a time of 07:15:48 ahead of another AURA member Joshua Kuhn, from South Bunbury, in 07:36:26 who proudly took 2nd Male.

Crehan flew over to Perth after placing 2nd at the 100km Surf Coast Century in December and he managed to push on to the finish line after an epic 50km battle to checkpoint three with reigning champion Justin Scarvaci to score the win.

It just so happens that the 1st Placed Female was also an AURA member. Meghann Coffey flew in from Qld and smashed her 2020 2nd Place time by almost one hour to finish as the 1st Female in the event’s second course record in a time of 8:24:58.

At the Sri Chinmoy Trail Marathon held on 2 May (Sunday) AURA NSW State Representative Stephen Redfernmanaged to secure himself a sneaky 1st Male spot in 3:12:23.

One of the biggest ultra events in the country, Ultra-Trail Australia will be held from 13-16 May in the town of Katoomba in the Blue Mountains, NSW. Over 4 days, runners will tackle a distance they choose from the UTA11, UTA22, UTA50, UTA100 and the elusive invitation-only field of 30 athletes who take on every one of those distances for the UTA951.

The Down Under 135 will also be held the same weekend as UTA from 14-16 May in Lerderderg State Park, Vic. Covering 217km in a single stage non-stop race from start to finish, competitors venture across the trails of the Lerderderg and Wombat State Forests.

The Kep Ultra V2 will be held on 15 May along the Railway Heritage Trail between Wooroloo and Mundaring in WA. This event has a long standing history amongst ultra runners in the WA community, but was cancelled indefinitely from 2015. Now the event is back under a new race director.

The Great Ocean Road Running Festival is due for 16 May in Lorne, Vic offering 60km and 44km events for ultra runners along the Southern Ocean coastline.

West Macs Monster will be held 21-23 May from Telegraph Station in Stuart, NT offering distances of 231km, 128km and 65km whilst Trails and Tails will be held from 22-23 May in Telegraph Point, NSW where runners can race with their canine companions in the Cairncross State Forest near Port Macquarie.

The Cleland 50 will be kicking off the weekend of 29 May in Crafers, SA where racers will run along a 50km trail just 20 minutes from the heart of Adelaide city centre. 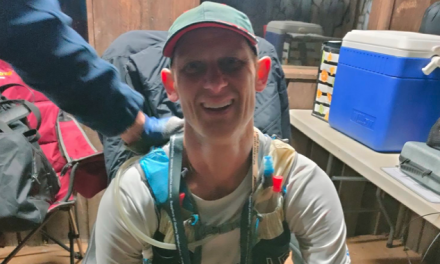 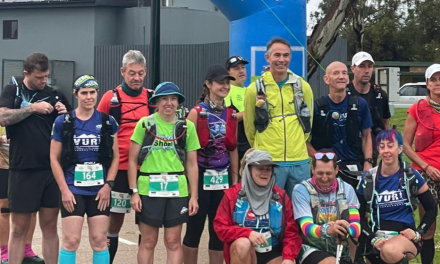