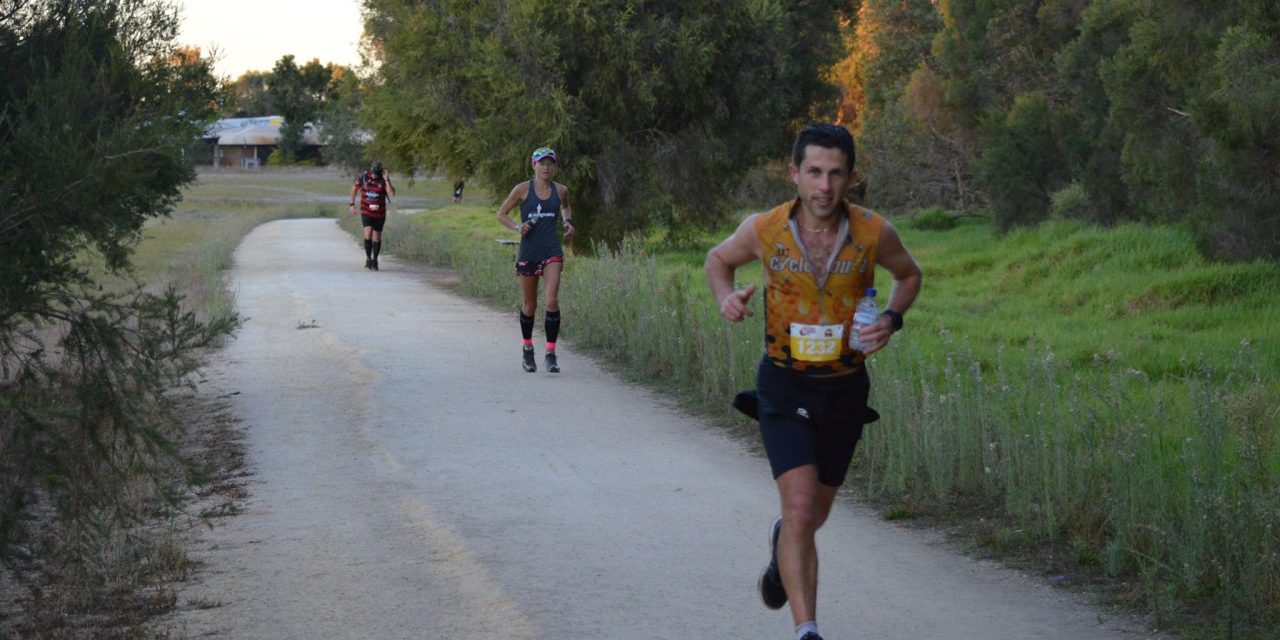 It was a tough day at the office on Saturday for those running in the Lighthorse 3/6/12 Hour Ultra in Woodvale, WA.

With the 12-hour starting at midnight Friday-Saturday and the six hour at 6am Saturday, temperatures were below freezing in the open air space where the race was held, at Yellagonga National Park, as participants raced a 2.5kms loop course.

Pendse said Lighthorse’s loop format was just the ticket for him to reach his 130kms end goal.

“The good thing on a 2.5kms lap is the amount of times you pass a person; every time it’s slightly less scary knowing that I’m not alone (I’m afraid of the dark),” he said.

“The last two hours were the hardest but I had great support at the aid station keeping me hydrated and cool, and no time wastage which meant I could focus on running each lap.”

For the women’s podium places, it was an AURA ladies club with Henley Brook’s Margie Hadley taking out 1st female/3rd overall after securing 50 laps and totalling 123.49kms, Karnup’s Jen Millum in 2nd place with 110.47kms (47 laps) and Sophee Gregory from Nollamara taking out third place with 99.70kms (40 laps).

The next AURA listed events on the calendar are Down Under 135 (135mi) in Vic on May 3, the Margaret River Ultra (80kms) held this Saturday on May 4 in WA, and then the Great Ocean Road Running Festival (60kms) in Vic on May 18.