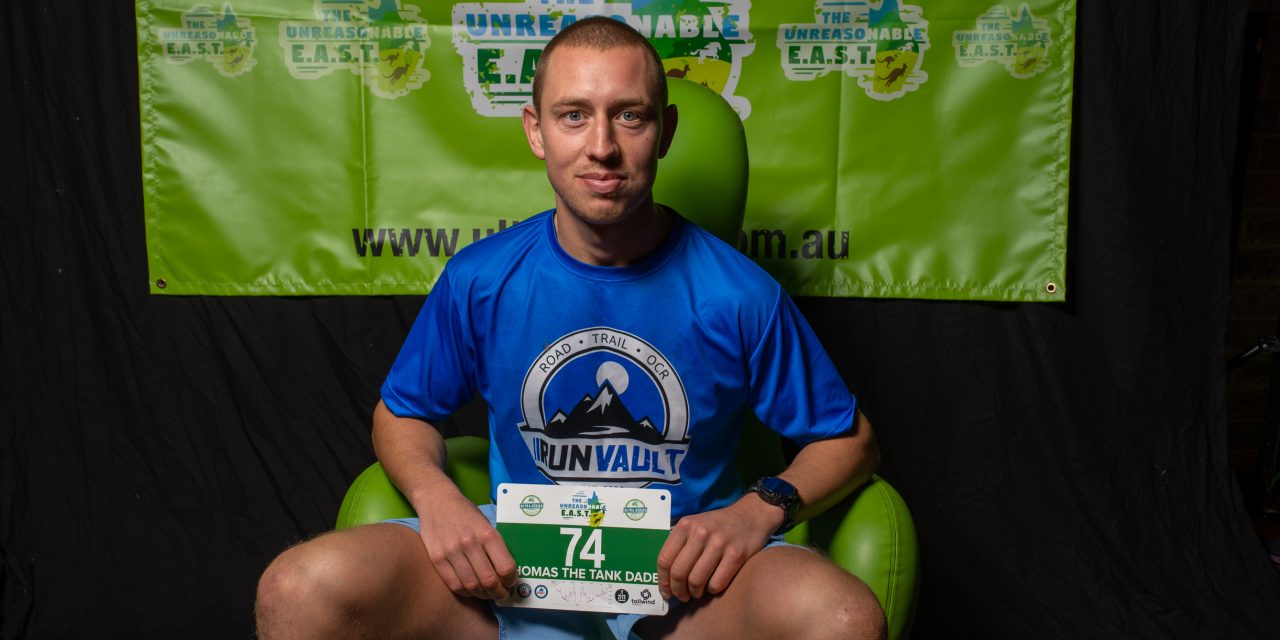 As always, if you find any discrepancies at all with your timed result, or have noticed a name missing, please email kate.dzienis@aura.asn.au with the information required.

We are always wanting to publish your race reports too in our monthly Ultramag digital magazine, so please consider putting fingers-to-keyboard and emailing us your experiences – they don’t have to be about AURA listed events either. So long as you’re an AURA member, we want to hear all about it! Email ultramag@aura.asn.au to get into the June edition.

The Western Branch Ultra 100 was held the weekend of 11-12 June in country Queensland where runners could chose to run either a 100km or a 44km. Hosted by the team at Dead Cow Gully, it was received very well this year by all involved!

Starting with the 100km distance, the event saw 22 starters and 20 finishers.

Congratulations to AURA member Craig Dodd from Enoggera, Qld who finished his 100km distance in a time of 12:29:51, placing 12th overall.

The Western Branch marathon 44km saw 33 starters on the day, with 32 finishers.

The Glow Worm Tunnel Marathon Weekend took place 17-19 June at Newnes in the spectacular Wolgan Valley and offered an entire weekend of races – a marathon (43km), a half marathon (21.9km), a mystery mountain dash and a 6km event.

Well done to all our AURA members who took on the Marathon at the Glow Worm, including Andrew Bainbridge from Singleton, NSW who finished in 4:45:27 and David Campbell from Sydney who ran across the finish line in 5:55:54.

There were 135 finishers in the Marathon.

The Unreasonable EAST started on 21 June and only just concluded Sunday gone, 26 June. The newest 200 and 100 miler on the calendar, the event saw ultra runners traverse across the Blue Mountains, starting in Glenbrook and going via the 3 Sisters, Kedumba Pass, Narrowneck, Megalong Valley…the list goes on about the course’s beauty!

The first person across the finish line in the 200 miler was AURA member Thomas Dade, a name our ultra running community is strongly getting to know! Tom, from Mount Martha in Vic, finished the arduous course in an astonishing 57:38:57 – setting the bar for future Unreasonable EAST events.

In the Women’s 200 Miler, top spot went to AURA’s very own Melissa Robertson from Long Jetty who secured her 1stFemale finish with a time of 65:59:56. Second Female went to Piera Kohout (71:10:20) whilst AURA’s Sarah Nivenfrom Manjimup claimed 3rd Female with her time of 73:56:50.

The inaugural Red Dirt Backyard Ultra was held over the weekend in Karratha, WA with runners racing in a cloud of red dust from Saturday, 25 June. But this particular backyard ultra was hosted with a twist!

All participants ran 6.71km on the hour, every hour but instead of until forever, they stopped at the 12hr mark. The first 6hrs were run as usual for a backyard, but in order to get down to the Last One Standing, there was e a 5 minute limitation added each hour after the 6hr mark, so the course got faster and faster and faster as the evening moved on.

Thirty-five runners took part in the inaugural Red Dirt Backyard Ultra, and the winner was Levi Winman, who completed all 12 laps for a total distance of 80.52km. The Assist went to Ben Lyon with 73.81km.

Keep an eye out for this particular event in the northern regional part of WA where it’s bound to get bigger every year!

Successfully held for its second year, the Transcend 65km Ultra kicked off on Sunday, 26 June with participants getting a chance to run through the Avon Valley in parts not ever open to the public. Known to be one of the most technical and difficult ultras on the west coast, Transcend was held in beautiful sunny weather where conditions were rife for all runners.

The event catered to both solo and team runners.

In the Women’s 65km Solo, it was an AURA podium box all around with AURA’s 2021 Young Female Ultra Runner of the Year Sarah Ludowici claiming 1st Female thanks to her outstanding finish time of 7:03:08. AURA’s Meghann Coffey from Hillarys, WA stayed right on Sarah’s heels as she secured 2nd Female with 7:04:53, and AURA member Claire O’Brien-Smith from Swanbourne, WA took control of 3rd position to claim the title in 7:59:16.

Congratulations to AURA President Ewan Horsburgh and AURA Treasurer Simone Hayes who at the weekend both raced at the Western States Endurance Race in Olympic Valley, California, USA. A 100 miler event, Horsburgh finished in 23:15:29 and Hayes completed her distance in 25:31:48.

Well done to you both for stellar runs at one of the world’s most biggest and oldest 100 mile trail events!

Well, the middle of the year is DONE, and July is upon us so here are the upcoming events to keep an eye out for.

The Australian 24 Hour Track Invitational is on this weekend, 2-3 July and will be held at the AIS in Canberra, ACT. Hosted by Matthew Eckford, AURA’s Vice President, not only will we see the invited list of candidates battle it out in the 24hr on the track, but this will be the first time the event will have an open category.

Also this weekend is the Adelaide 6/12/24 Hour (2-3 July) in Adelaide, SA. Now named the Adelaide 24 Hour Festival, will see runners on a 2200m gravel loop to get to their designated goal.

What a busy weekend! The Lakes Trail Festival is also on this weekend (2-3 July) in Hawkes Nest, NSW. There are a few options for ultra runners, including a 100km, 75km and 50km and is an off road event.

Another event happening on Sunday, 3 July is the GOLD Coastal in Semaphore, SA where a 50km is on offer for registered participants.

With this coming weekend super busy with four AURA-listed events, the following Saturday-Sunday are also jampacked, with the Brisbane Trail Ultra in Kangaroo Point, Qld on 8-10 July offering a miler, a 110km and a 60km for ultras, 3 Marathons in 3 Days in Kuranda, Qld from 8-10 July providing 126.6km across 3 days, and Ultra Adelaide in Adelaide from 9-10 July with a 100km and 50km distance for those on the hunt for an endurance event.

To finish the month of July, we have Antsy for Anstey in Tea Tree Gully, SA on 23 July and Yaberoo Trail Ultra in Neerabup, WA on 24 July.

Pictured: Thomas Dade, winner of the 2022 Unreasonable EAST, takes a pre-race photo with his bib number. Photograph – The Eventurers. 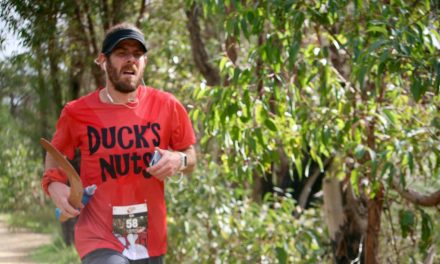