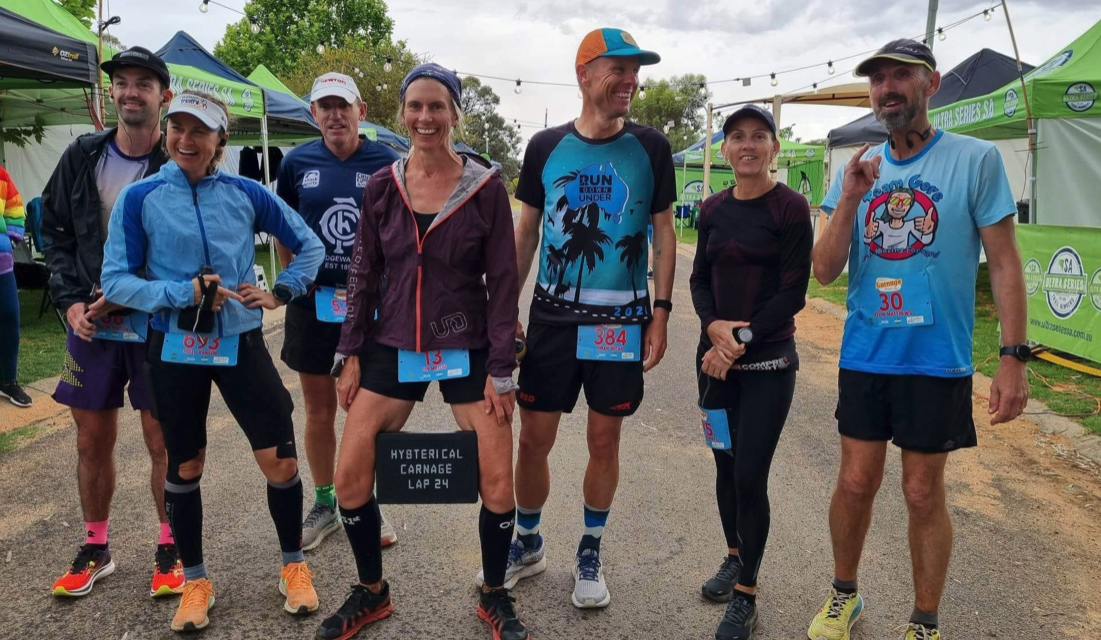 Because there are so many names to check against, if you find any discrepancies at all with your timed result, or have noticed a name missing, please email kate.dzienis@aura.asn.au with the information required.

Also, our end-of-year edition of Ultramag will be coming out in mid-December and we want your stories! Race reports, race director wrap-ups, story ideas/pitches, tips and advice from coaches – we want it all to make it our biggest edition of the year! Please consider putting fingers-to-keyboard and emailing us your experiences. They don’t have to be about AURA listed events either. So long as you’re an AURA member, we want to hear all about it! Email ultramag@aura.asn.au to get into our November-December bumper edition.

The Great Southern Endurance Run was held from 11-13 November in the beautiful Harrietville, Vic and offered a 100mi, 50mi, 56km and 28km. Weather did, however, hamper efforts of runners with about 20km to go, and so there are results on the GSER results page which include Inclement Weather Finish times.

Hysterical Carnage Backyard Ultra in SA was held from 11-13 November in SA, but unfortunately weather conditions changed the potential outcome – a massive front cast itself in the skies above Loxton and race directors were forced to make the hard decision to stop the event after lap 30 for the safety of all involved.

This means that for 2022 there was no last person standing/winner – however everyone still put in a spectacular effort, including all our AURA members who ran until they were told to stop: Jen Millum (30 laps), Kevin Muller (30 laps), Kevin Matthews (27 laps), Shaun Kaesler (18 laps), Gabe Alves (15 laps), Nancy Williams (15 laps), Jason Kell (11 laps), Tamas Lorincz (11 laps) and Michael Smail (7 laps).

According to AURA’s Kevin Matthews, ‘lap 26 was the downpour from hell.’ To provide an idea on what conditions were like, he pulled the pin on lap 28 – which was just as well because lap 30 was when the storm really came in.

“I’ve never heard anything like it, it was so incredibly close. Five runners completed lap 30 but race director Shaun Kaesler made the right decision in stopping the event because there was another front on its way.

“That hit us about two hours later with the same anger; it was bad, and no way could anyone have safely continued. Everybody in Loxton agreed it was a once in a lifetime storm and they had one month’s rain in just afternoon apparently! No one in Loxton had seen a storm like it – remember, it’s meant to be dry and hot this time of year.”

The Stromlo Running Festival in the ACT was held from 19-20 November with the most ideal weather and conditions, and on offer were a number of distances for beginners through to experienced – 2.5km, 10km, 30km and 50km.

Over the weekend I attended the new Athletics Australia Level 3 Trail & Ultra coaching course in Katoomba, NSW. It was facilitated by AURA member and elite ultra runner Kellie Emmerson, along with Jordan Anderson from AA and Anne Marie Cook.

This course has been a few years in the making as there has been a gap in available courses within AA offering anything beyond Track and Field and up to marathon distance. This course was designed to be specifically for trail and ultra distance coaches.

Participants had a range of knowledge and experience, from beginner coaches up to those with 20+ years and sports science backgrounds so there was some great content and more importantly, great discussions around our sport, its huge growth and how we can help ultra runners start or excel in the sport. It was great to bounce ideas off each other and share training methods and approaches.

Being a new course I’m sure the facilitators came away with more ideas to add to the program after input from so much experience in the room – it was a great two days talking running with like-minded people, participating in practical sessions and just creating great networks in the industry . Not one person rolled their eyes when the subject of running came up – unlike other parties you may attend!

If you are a new and upcoming coach, or someone that wants to expand their knowledge and obtain formal qualifications head over to the Athletics Australia website and stay in touch to find out when the next course will be offered in 2023. You must, however, be a registered AA coach with previous Level 1 & 2 coaching accreditation to attend.

Click here for more details at AA, or here for Athletics NSW.

Rounding off the month of November is the Blue Goat Backyard in NSW from 26-27 November, the well-known and highly anticipated Coast to Kosci in NSW from 2-4 December, Bruny Island 64k Ultra in Tas on 3 December, GoodRunnings 6/12 in SA from 3-4 December, and the Fisiocrem GC50 in Qld on 4 December which will double as the Australian 50km Championships.

With that said, the rest of December will be here next week already! The Narrabeen All Nighter from 10-11 December in NSW and the 6 Inch Trail Marathon in WA on 18 December.

Pictured: Lap 24 runners at the 2022 Hysterical Carnage, a few laps before a decision was made to stop the race due to weather conditions. Photograph – FB/Supplied. 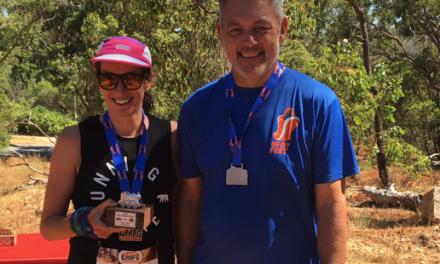 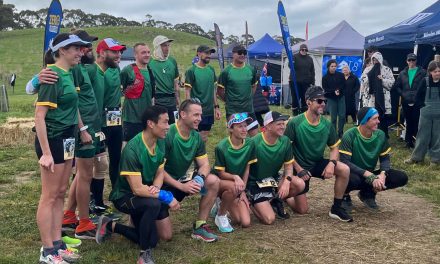 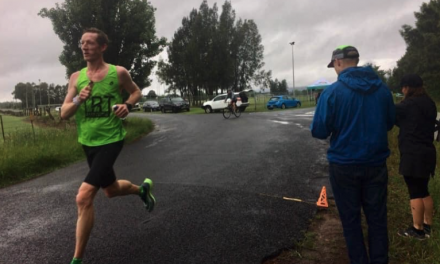 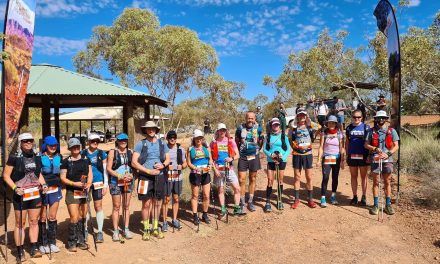