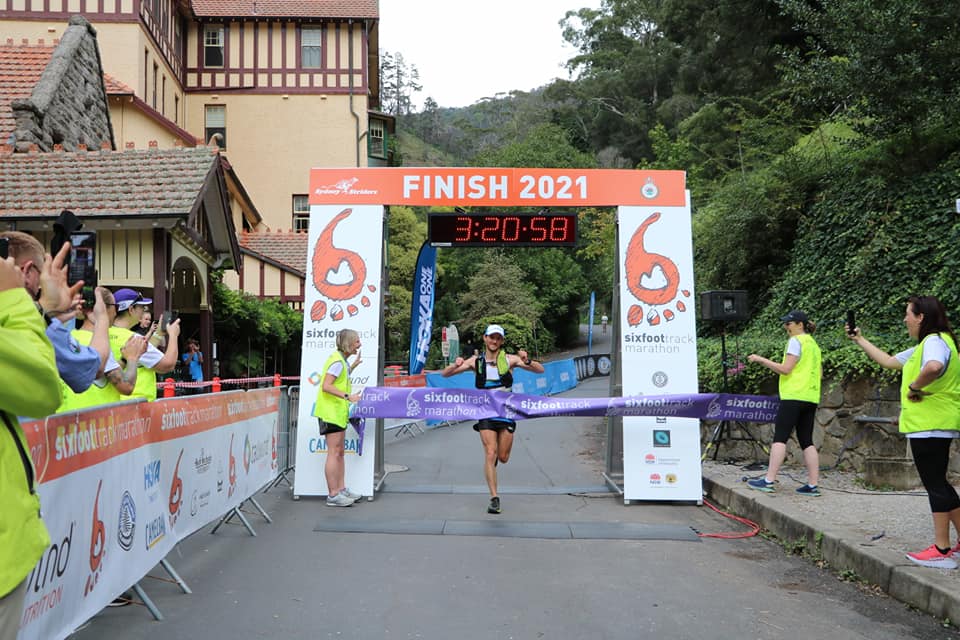 Six Foot Track Marathon
The Six Foot Track Marathon is a 45km trail stretching across the Blue Mountains from the Explorer’s Marked Tree near Katoomba to the Jenolan Caves, and what makes this event incredibly unique is that all profits are donated to the Blue Mountains Rural Fire Service who man the aid stations on race day – this year, it was on Saturday, 13 March (2021).

The Six Foot Track started in 1984, and this year a barrage of special awards were handed out to those who this year completed 30 Six Foots (a plate handed to Bob Fickel, only the 3rd person to have achieved this) and 18 Six Foots (a jacket).

There were 811 finishes out of 848 starters this year.

AURA’s very own Benjamin Duffus from Indooroopilly, Qld claimed victory in the 45km ultra marathon, crossing the finish line in a time of 3:20:56 to take 1st Male.

Duffus said he had been wanting to run the Six Foot Track Marathon for a number of years and it was finally great to do it.

“It was a real privilege to run alongside such accomplished runners like Ben St Lawrence (2nd Male) and I feel like we brought the best out of each other on the day. The conditions weren’t favourable for fast times so we were able to just really focus on the raw spirit of competition.

“I was feeling quite strong the whole way, though the quick pace certainly took its toll on my legs and I was on the verge of cramping over the last several kilometres so I was really happy to hold it together, especially when I knew that any small error would see Ben pass me.”

Duncan’s Run will be held across that same weekend (20-21 March) at Tarra-Bulga National Park in South Gippsland, Vic. Participants are offered to enter ultra distances of 100km and 50km this year.

The Sri Chinmoy 48hr Track Festival will be held 26-28 March and doubles up as AURA’s 48hr Australian Track Championships. The event will see runners do laps of the Australian Institute of Sport track in Canberra racing in either a 48hr, 24hr, 12hr and 6hr event. Click here for a preview of the event.

The inaugural Herdy’s Frontyard Ultra in WA will see it continue the busy weekend in March (26-28), placing itself as a sister-event to Birdy’s Backyard later in the year. Held at Herdsman Lake, the race is a Last One Standing format where runners will tackle a 6.71km loop until only one man or woman is left.

To finish off the month, Trails and Tails is also an inaugural event this year, to be held at Charlie Watts Reserve and Cairncross State Forest in Telegraph Point, NSW. Offering a distance of 7km, 14km or 21km the course welcome your pet dog to run with you.

Reminder
A reminder for all AURA members we would love to have more race reports contributed to our digital Ultramag magazine. It doesn’t matter what event you ran in, it can be AURA-listed or not, we love reading your reports and sharing them with the AURA community. Email your reports in a Word document (single spaced and include your name, event name and dates you ran) along with high resolution photographs (not in the Word document but attached to the email) to ultramag@aura.asn.au 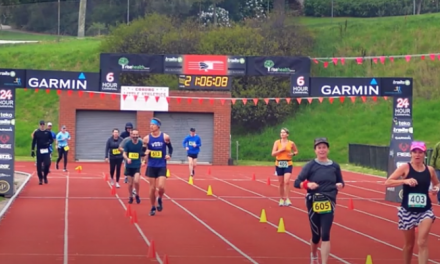 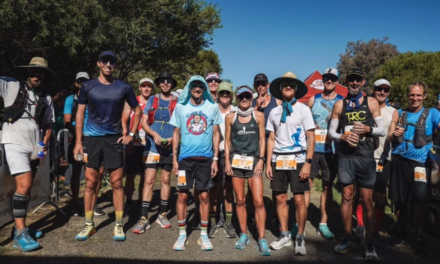 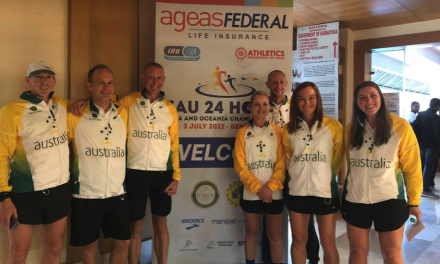 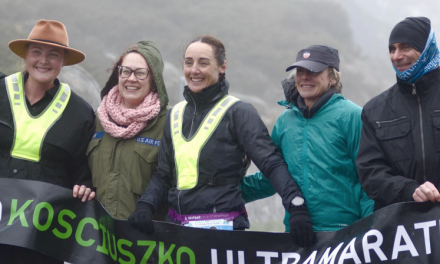