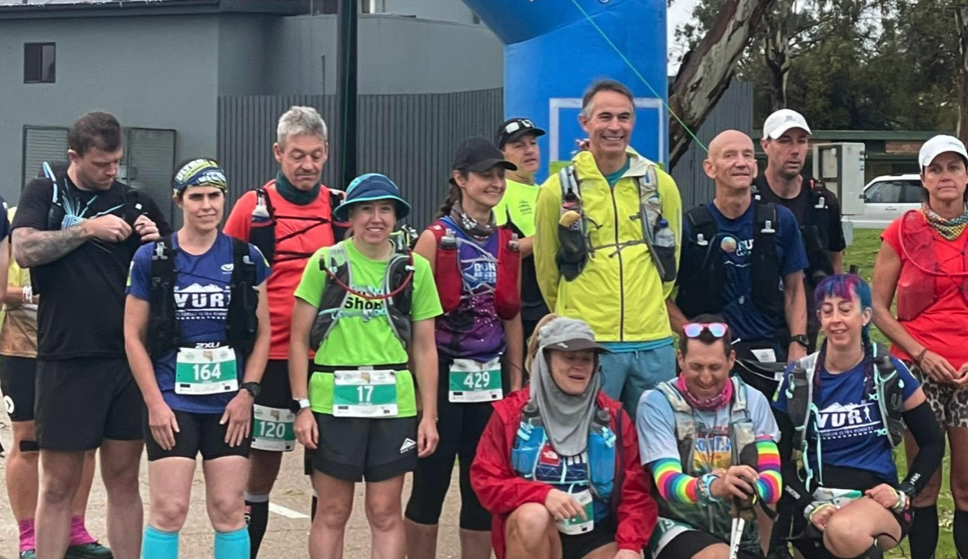 WELL, THIS IS GOING TO BE A BIG WEEKLY NEWS REPORT on how all of our AURA members went over the weekend with their respective events! As always, if you find any discrepancies at all with your timed result, or have noticed a name missing, please email kate.dzienis@aura.asn.au with the information required.

We are always wanting to publish your race reports too in our monthly Ultramag digital magazine, so please consider putting fingers-to-keyboard and emailing us your experiences – they don’t have to be about AURA listed events either. So long as you’re an AURA member, we want to hear all about it! Email ultramag@aura.asn.au to get into the April edition.

Let’s get the party started with Ultra Series SA’s Irrational SOUTH (Southern Oz Ultimate Trails & Hills), a point-to-point 200 miler kicking off from the historic river port city of Murray Bridge to the beautiful vineyards of the Clare Valley.

It was an unbelievable effort by all entrants who raced in the 200 miler, but the overall winner title was claimed by AURA’s very own Melissa Robertson from Long Jetty, NSW who finished the distance in an unreal 62:03:14. To top it off, she hit up Clare Valley parkrun on the Saturday and finished that in 24:40 – a very well deserved bakery breakfast straight after, Melissa!

Second woman to cross the finish line was AURA member Katherine Macmillan from Kinglake West, Vic who secured her title with a time of 64:45:51. Third Female was Jac Cresp with 69:56:12.

For the men’s battle in the 200 miler, Matthew Woodman took 1st Male with 63:48:07, whilst AURA’s Doug Bartlett, who came in from Willetton, WA held on for a strong 2nd with 67:39:57. Our ever-friendly and chatty Vic Representative, George Mihalakellis from Mount Waverley, claimed 3rd Male with a phenomenal effort of 76:42:45.

The Sandy Running Festival was held on 9 April and offered a 5km, 10km 35km and 68km race across the SA coastal landscape. The original Sandy 68km route was established as an FKT in 2021, and is now recognised by ITRA as a 2-point course. Participants traverse atop sand, rocks and clifftop boardwalk through 24 beaches and is the ultimate coastal trail running challenge.

Held across the weekend (9-10 April), the Coburg 24 Hour Track Carnival was held at the Harold Stevens Athletics Track in Coburg, Vic – and has done so since 1988. This year, on offer was a 24hr, 12hr, 6hr and Marathon distance.

Organiser Tim Erickson yet again put on a spectacular event that everyone in the ultra community looks forward to every year. With both days of racing hitting warm weather, it made for challenging conditions, but all entrants pushed through after making their way to the start line.

Kicking off with the Women’s 24hr, AURA’s Christy Lambert from Romsey, Vic took the lead and secured herself 1stFemale after completing 438 laps and securing herself a total of 175.348km. Another AURA member, Fleur Douy from Coburg, Vic finished on the podium, claiming herself 2nd Female after finishing 416 laps and completing a final total of 166.592 laps. Third Female went to Jaime Stevenson (158.533kms).

Congratulations to AURA member Stuart Hughes from Belgrave, Vic who finished the 6hr event with 67.311km.

There were also a number of official walking events.

Well done to AURA’s Justin Scholz who also took part in the 24hr Walk and finished with 161.223km.

The Bailey Centre Great Ocean Run was held on 10 April in Red Rock, NSW and offered runners a 45km beach run. Participants got to traverse 5 creek crossings and go over 10 headlands whilst going from Red Rock to Coffs Jetty. It was hosted by Coffs Trail Runners and saw 29 solo runners take on the event.

Big congratulations to AURA’s Kelvin Marshall who finished the race in 6:08:53.

Held on 10 April, the Tamworth Trailblazer is a highly technical and challenging race with quite a bit of ascent and descent. The main loop is 15km and runners could elect to do the loop once, twice, or three times.

We are still awaiting results from the Tamworth Trailblazer.

The Cairns 50 Ultramarathon was also held on 10 April, and offered runners a 50km run through the Redlynch Valley Rainforest and cane fields – it is a fast and flat course, perfect for a first timer in ultras. There was also a 30km, 10km and family 5km fun run/walk.

Coming up in the next few weeks (and as always, keep an eye on your respective races re COVID cancellations, postponements or changes) we have some cracking events lined up on the AURA calendar.

This weekend is the always anticipated Dead Cow Gully Backyard Ultra in Runnymede, Qld kicking off on 16 April and finishing whenever the last person standing does a lap of the course solo. Race director Timothy Walsh’s Facebook page has been providing previews of who has entered, including AURA’s Chris Murphy who broke the Australian backyard record in 2020 (at the time) running 46 loops at Oxley – and he still had gas left in the tank.

As reports on Facebook go, a new track has been made seeing as there are pools of water preventing a decent run through within The Gully, so expect a decrease of 10m less in elevation per loop.

The Sydney International 100km will be held on 23 April, and will also double up as the Australian 100km Championships (road). Besides the 100km, there is also a 50km and a half marathon on offer.

The Lighthorse Ultra is due to kick off in Woodvale, WA on 23 April and provides runners an option to run in a 24hr, 12hr, 6hr, 3hr or 1hr event. It’s become a tradition to offer free entry to all past and present service men and women, and across the weekend there is a private dawn service for most events.

The GUMBY (Great Ultra Mediocre Backyard Ultra) will be held from 23 April and like all backyard formats, will continue until there is only person left to do a solo 6.7km loop. The Gumby, which recently featured in Trail Run Magazine (edition 42), also offers a GUMBaby event with slightly different rules.

Pictured: Melissa Robertson (no. 17) at the start line of the Irrational SOUTH with all the other incredible 200 miler participants. Photograph – Supplied/Facebook. 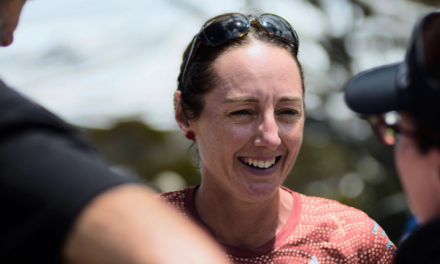 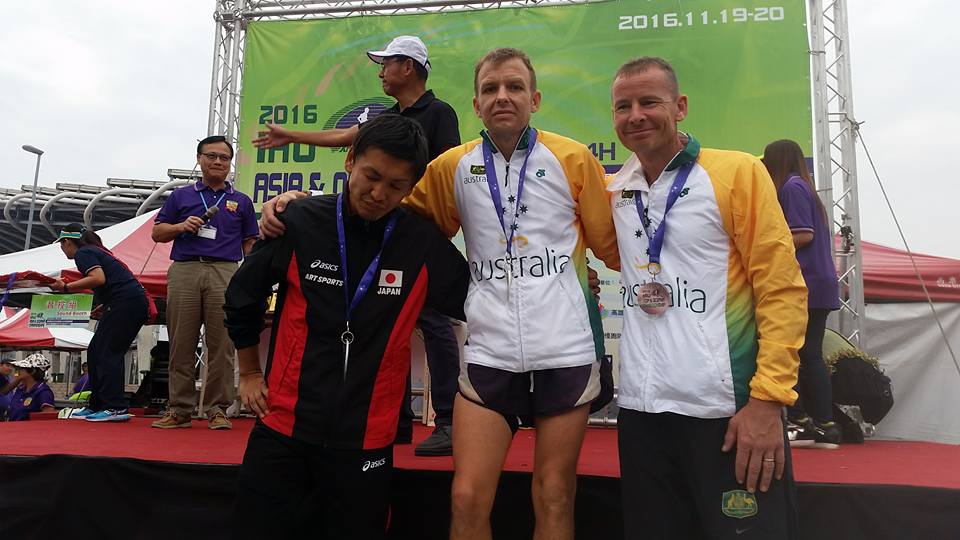 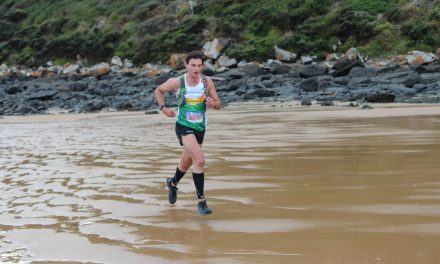