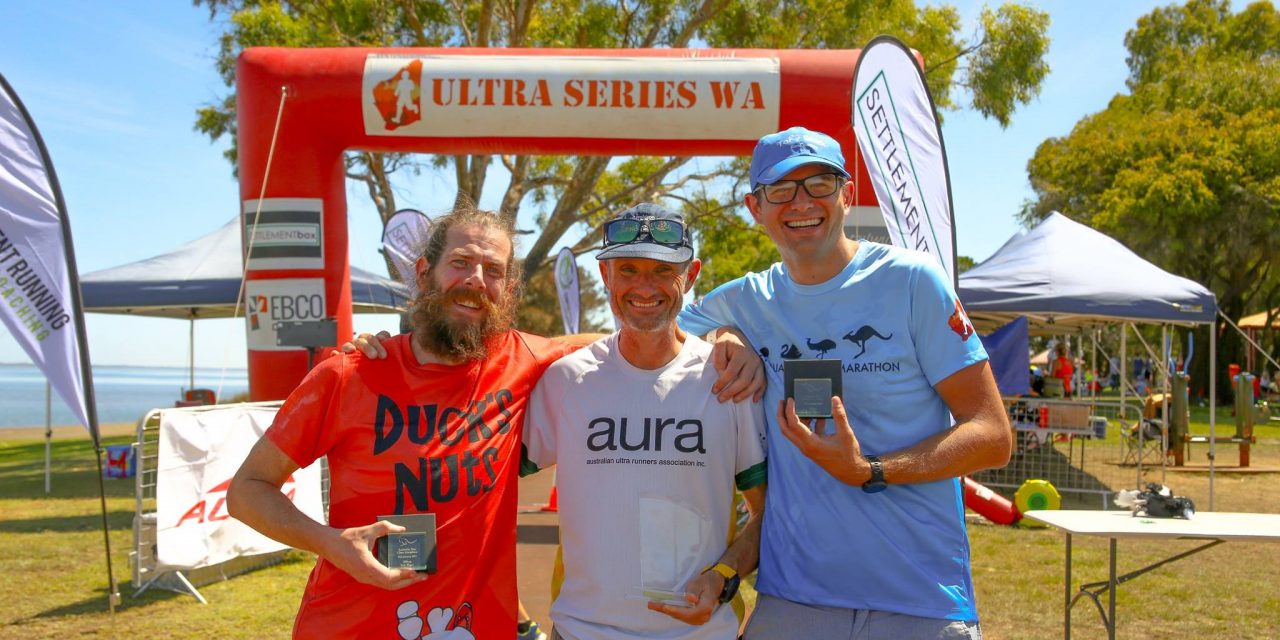 The running of the Australia Day Ultra was held on Saturday (January 19) down in the coastal town of Australind, just 160kms south of Perth. The race is known to feature many city and suburban Perth runners who venture down to race in either the 100km, 75km, 50km and 25km events, but conditions this year were extremely challenging, with temperatures soaring in the mid to high-30s.

The 100km started midnight Friday-Saturday, and it was AURA’s Margie Hadley from Henley Brook who put on a stellar performance and took First Female with 8:51:00 flat in the hot weather.

Karnup’s Jen Millum claimed third podium finish after collecting a time of 9:50:07 and looked strong all the way.

In the 50km event, Tony Smith from Tapping claimed First Male after a much sought-after and successful 3:27:22 finish time.

Smith has run the ADU since its inaugural year in 2015, and every year just getting faster. This year though, he says his race was completely different in comparison to all previous ones.

“Conditions for the start were perfect (3am start for the 50km), just cool enough to need a long sleeve top if you were spectating but just right for a singlet or t-shirt,” he recaps.

“My race plan was a little different from normal; I usually start off conservatively and then try and negative split, but after chatting with a few experienced ultra runners they convinced me to ‘roll the dice’ and go out hard for a PB to see what happens.

“The challenge was accepted!

“ADU this year was one of those races where everything aligned and I was pretty comfortable to hold low 4min/km pace until almost the finish. The pace dropped a little in the last few kilometres but by then I knew the magic sub 3:30:00 was mine.

“It was a five minute PB and even more rewarding was going through the marathon distance at 2:52:00; none of this would have been possible without the organisers and volunteers that helped plan, organise and executive one of my favourite events of the year.”

Third Male went to Andrew ‘Felix’ Poli from Ellenbrook who finished with a time of 3:47:53 whilst First Female was claimed by Jackie Kellerman thanks to a strong run where she finished in 3:46:49.

Both runs by Poli and Kellerman were PBs for the distance.

The next events on the AURA calendar include the SA 100km Track Championships in Adelaide, SA and the AAA Racing Hill Climb Challenge (Round 2) in Dayboro, Qld this weekend on January 26 and the Cradle Mountain Run in Cradle Mountain, Tasmania on February 2.

Here is a summary of the points competition and the top 10 AURA members! Congratulations to everyone who put in amazing performances in 2018! 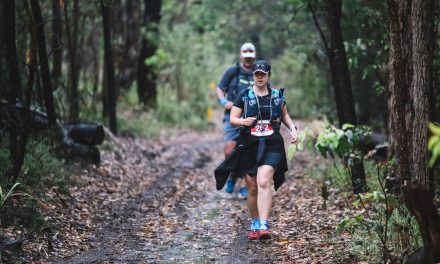 From the Editor’s Desk (December) 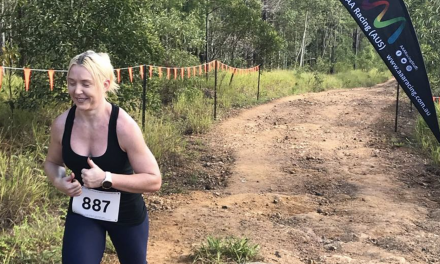