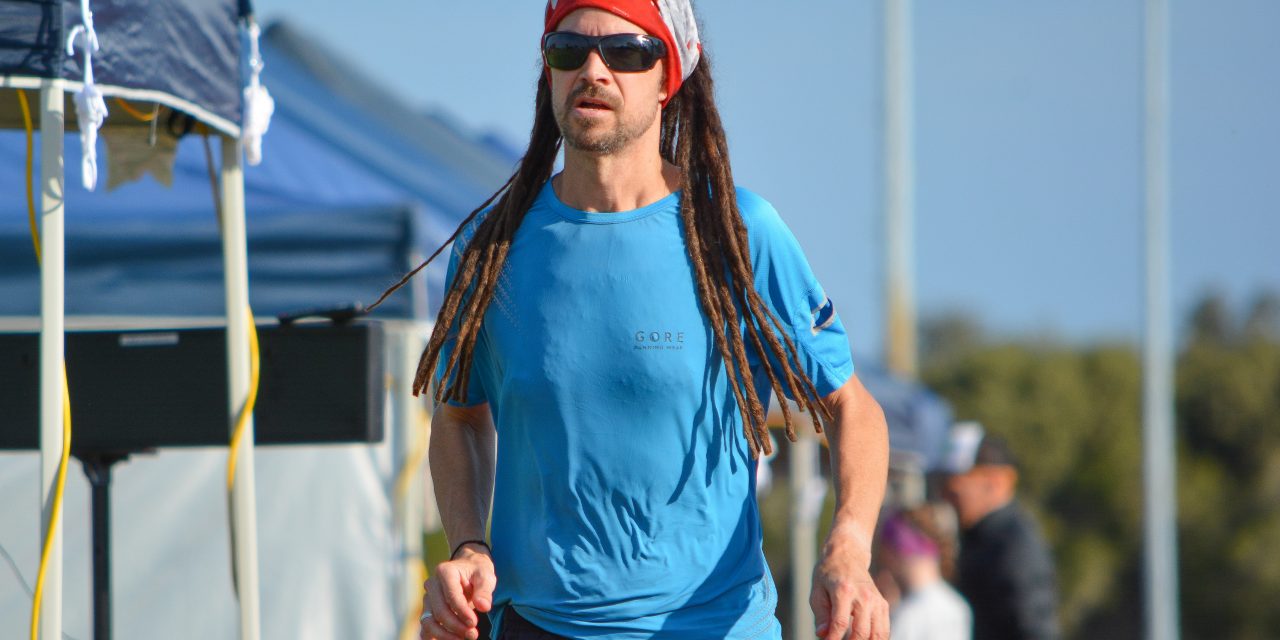 Two amazing races were held over the weekend on both sides of the country with brilliant results stemming from our very own AURA members.

The Bunbury Track Ultra 3/6/12/24hr in Bunbury, WA started on Saturday, and unlike last year’s torrential downpour, this year it was sunny skies throughout the two days. Even the freezing temperatures in the early morning, which saw ice cover some of the equipment, was more welcomed than the rains and winds that accompanied runners in 2017.

It was podium finishes all around for the 24hr and a whopping congratulations goes to AURA’s Robert Freitag from Wembley who conquered and took first overall/first male after completing 509 laps totalling 203.600kms.

Mark Williams from Hamersley held on to finish a strong third place following 450 laps and 180.000kms, and well done to Richard Avery who also attempted the 24hr and finished on 56 laps.

In the ladies division, AURA members took control of all three podium placings, and we congratulate the women who are climbing through the ultra ranks with incredible strength.

In the 12hr event, AURA’s very own Myra Keep successfully clocked in at 244 laps and 101.420 to take home first overall/first female, and with a decent 19.39kms lead at that.

Graham Bell took second overall in the 6hr having completed 138 laps and a distance of 57.500kms, whilst in the 3hr Lee-Maree Gallo claimed third overall/second female with 79 laps and 33.080kms.

Congratulations also to Harmony Waite (31.680kms) and Emma Luscombe (28.380kms) who always finish their races with a smile on their faces.

Saturday also saw the running of the Berry Long Run in Bacchus Marsh, Vic which saw a 70kms event and 40kms event.

Team member for the World 100km Dion Finocchiaro from Chelsea took the title of first place in the 70kms after completing the distance in a speedy 5:58:38, whilst Hampton East runner Simon Neale claimed third overall following his time of 6:56:27.

We also had some AURA members take on the 40km distance and it was no surprise that Kellie Emmerson took control of the day, claiming first overall/first female with her time of 3:47:28, and great efforts were put in by Gabor Jakus (4:23:39) and Prasanna Sritharan (5:27:00).

The next races on the AURA-listed calendar are this weekend – the Rotary Rail Trail in Tasmania, and Run the Great Whitsunday Trail in Queensland.