Setting (or breaking) the record straight 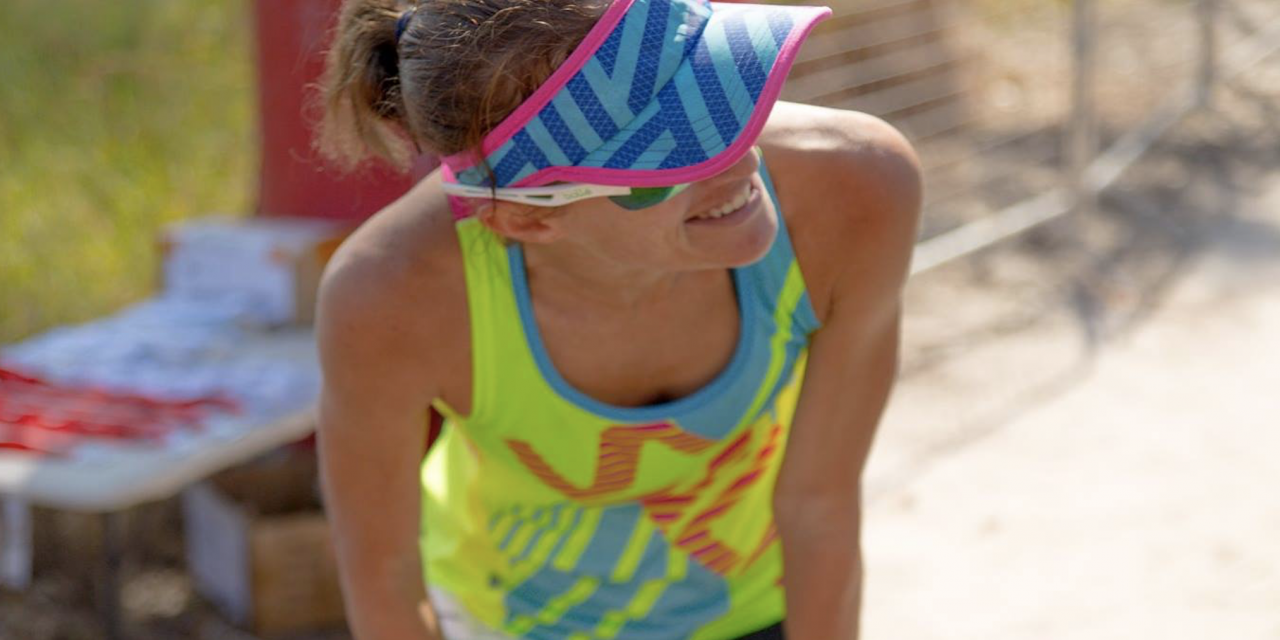 We all love long distance, and we all love the challenge of beating our personal bests. It’s why we’re ultra runners; it’s why we are always trying to better ourselves for mental, emotional, and physical growth. Perhaps even spiritual. And let’s face it, no matter how fast or how slow we are, aren’t we always in awe of those who stand on the podium with their official placings?

Those who place with a first, second or third position rightfully earn those spots. Their consistency, their dedication, their commitment to the sport is first and foremost commendable because we all know how much life can get in the way, so to prove that balance is possible to other runners is truly exemplary.

And then there are two types of podium finishers – those who have been training to get a placing, and those who run a great race just attempting to beat their own PB.

But what about when they set a record?

In Australia, and amongst the AURA community, we have had, and still have, astonishing runners who have set and/or broken records across a variety of distances like the very latest ratification of John Shaw from Wangaratta, Vic for his 3:34:18 finish time in the 2018 Ned Kelly Chase 50kms (M65-69) where he came first overall.

But what does it feel like to have set or broken a record?

Margie Hadley from Henley Brook, WA has set numerous records across the state, including her 18:11 time at Woodbridge Riverside parkrun (Sept, 2018), 18:34 at Aveley parkrun (Jan, 2017), setting a course record at the RunningWorks Ultra 50k with 3:44:17 (Oct, 2018) and setting the women’s record at the 2017 Waterous Trail on Foot 100 Miler in 19:57 where she became the first woman to finish the distance in under 20 hours in the event’s first five years of operation.

Hadley, 38, also this month became the 30th finisher to complete Run Down Under, and was named fastest female to finish the 14,080km journey in two years and 18 days.

She says when it comes to setting or breaking records, she actually never knows she’s done so until someone makes mention of it.

“I actually didn’t know I’d broken the record for Run Down Under until Travis Ireland (RDU) emailed me and told me I was the fastest female by 93 days,” she recalls.

“I don’t ever go out to set records like that, it’s always unintentional, never really a planned goal to go out and do that.

“I was so stoked though, Jodie Oborne from Qld held the record having completed it in 841 days back in 2016, and she’s an awesome runner who has an amazing record breaking history.

“The best runs that I’ve done are when I don’t put a time restriction on them so there’s no pressure, because you need to enjoy it, and when you enjoy it, you always run better.” “To set a running record is great, but to put it into perspective, I wasn’t a runner, having only started when I was 44 years old, so I didn’t have time on my hands and never chased open records,” he says.

“When I was approaching 60, I really tried to get fit to see what I could do and from there checked out the age records, and the rest is history.

“I’ve aimed to set a record on all my occasions; I look at my record certificates on the wall in the mornings when I tie my runners on and think yeah, I earned those. Especially this year getting the M65 12-hour that was held by the legendary Cliff Young. I’m not saying I’m even close to him, he was a legend, but it’s nice to think I may have given him a race.”

But the Wangaratta, Victorian’s  favourite record breaking race was on home soil.

“Quite a lot of preparation occurs for me to be aware of what is possible in terms of records,” she says.

“I definitely aimed for records when I was in ‘that space’, but now I run to my best on the day and that’s great too. Probably my favourite record to break was Coast 2 Kosci in 2010.

“We had set up the entire year around my achievements and this was the last in an amazing calendar year. But if I needed to choose one of the age or Aussie records as a favourite, I’d choose France (24 Hour World Championships) where I broke the Australian Open Road record with 224.885km. “I knew I was one of the quiet but deadly runners if I ran well, and I set a PB of nearly 30kms. It’s so amazing to know I have set them, I feel very privileged in a way to have the opportunity to do so.

“Sometimes when my depression is high and self-confidence has plummeted, I forget to acknowledge these achievements to myself. Maybe I should reminisce more frequently to give myself a kick up the behind – that I sorely need from time to time.”

If there’s one thing in common record setters and record breakers have, it’s discipline. Discipline needs to be applied in every aspect of the process, but whether you have your eyes set on putting your name to a record, or are just in it for the personal bests, never lose sight of your journey and how you got there in the first place. 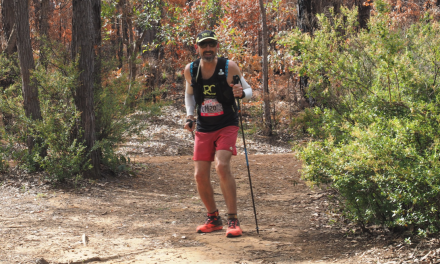 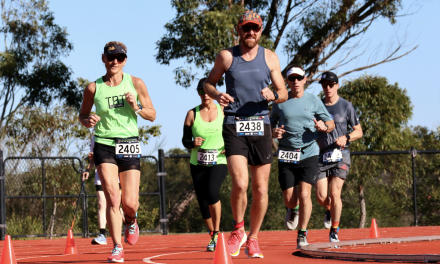 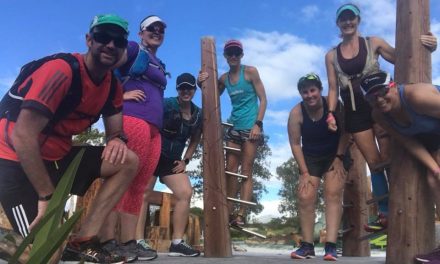