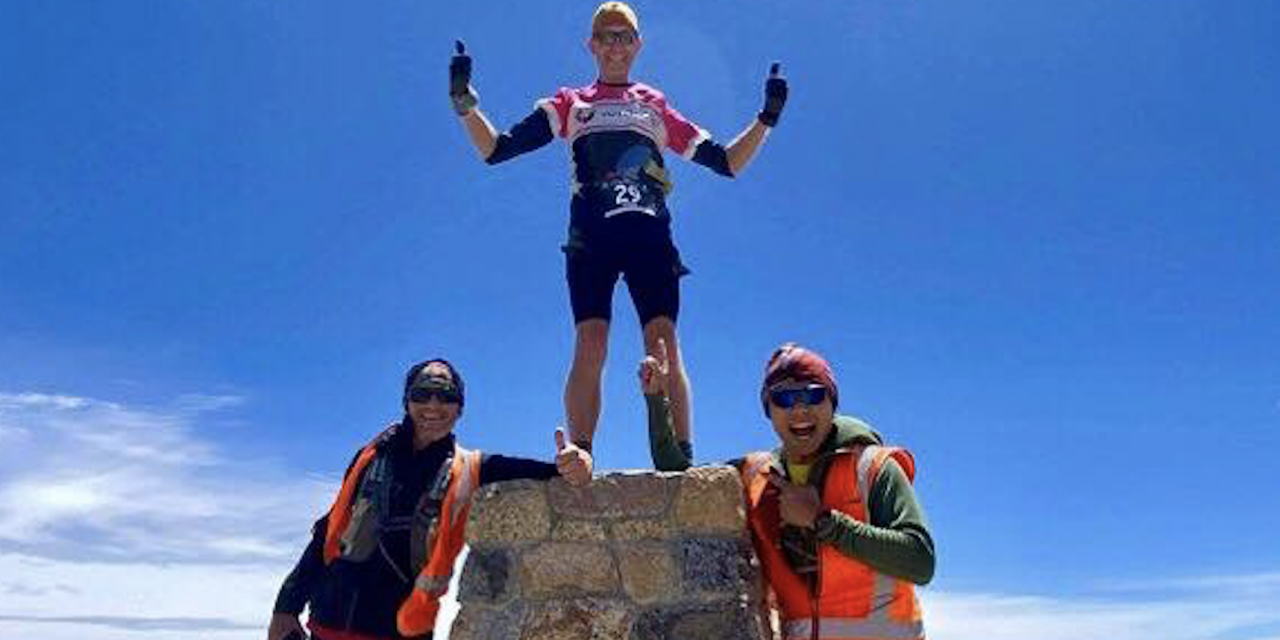 Where else in the world can one run in a point to point race from the coast to the country’s highest peak?

Was so great to hear that the race was back on the calendar for this year.

With the year that 2020 brought us, I was so excited to be able to finish it off with such a great experience and journey, by having the opportunity to run my second C2K.

It had been four years between races, with a year crewing instead of running, and two years not on the Calendar.

This race is a journey of discovery, friendships, experiences and rewards.

After hearing the news that it had made it back on the Australian running calendar, I jumped at the chance to throw my application in, and then the wait to see if I was going to get the chance to add a secondnd pin to the Akubra.

Come September and the names were announced, I had a spot on that start line on the Beach at Twofolds Bay in Eden. So excited .

The race this year certainly threw a lot at us. From an amazing sunrise over the startline at Twofolds Bay, to what felt like, and was, extreme heat throughout the whole first day across the Monaro Plains, with no real respite anywhere. But made up with the most stunning clear night of stars and a moon rise as we were heading towards the Beloka Range, finishing off with winds heading up to the summit that felt so strong, it was like one was walking into a brick wall, which wasn’t hard to feel after 230km in the legs.

Where else would anyone want to be.

I was so happy with my race this year even though it was certainly harder and my time was slower, I felt I had an almost perfect race.

Everything just went perfectly throughout the race, and wouldn’t want to change anything about my race this year.

I had an amazing crew this year, with three of the best friends around. They were just seamless, and got me to the summit over the 31 hours of running.

Was lucky to be able have Darren McClellan again after he had crewed for me in my first running of this race and excited also when Wayne ‘Bluedog’ Gregory said he would love to join the team. Lastly on the crew I was able to get Chern N  after devastatingly Penny Redfern wasn’t able to make it down to the race this year with a change in work commitments. But was always there in spirit encouraging me along the way.

Even though there was no 3am surprise honking of the horn this year, the 6am FaceTime call from Penny as we were heading up the road to Charlottes Pass, was just so lifting of the spirits. I always love the surprises that I have received from Penny.

We had a 5km strategy with the crewing until Thredbo River, which we then dropped back to every 3km until Charlottes, and this was just seamless, allowing me to have the perfect amount of everything I needed to get to the finish line.

Both Darren and Chern did the pacing and not being one to change things up much meant they both had to run their stints in big blocks.

Darren started first about 10km before Dalgety all the way to Thredbo River, where Chern took over and stayed with me to Charlottes where Darren then re-joined again for the Summit finish. This meant they had run 70km and 50km each, for which I am so grateful for, allowing me to not swap and change too often.

If I’m lucky enough to run this race again, I would certainly want to keep my crew exactly the same, as long as they will have me.

My nutrition and plan was just flawless for the race, and the crew delivered it perfectly, where I didn’t feel I had one single issue throughout the whole race.

It was worked out that I averaged consistently about 800mls of hydration and about 270-300cal each hour with Tailwind being my main nutrition. I managed to go through over 50 x 250ml bottles of Tailwind, carrying one about each half hour, between seeing the crew. When I arrived at my crew, here I was able to take in any extra hydration and each hour something small for a treat.

With the race being so long, I also took in some food at three point with a Vegemite and avocado wrap, small amount of risotto, and a pumpkin soup.

Thank you Rebekah and Gavin Markey for your amazing support in keeping me fuelled throughout all my races and running.

This year I went with minimal changes as I felt I just didn’t need to, with everything working so well. Started the race with the HOKA Clifton 7’s which I wore during the day, then when the evening came and the rest of the race being on the blacktop, changed into the Bondi’s for that little extra cushioning and room, which I then wore all the way to the finish.

With the rest I stayed in the T8 shorts for the whole race which was so great as they allowed me to carry my bottle of Tailwind and still keep my hands free all day, and had one top change from a singlet to a shirt as the night hit.

This race creates so many memories that stay for life, from the lifelong friendships that are shared, to the new ones that are made. Then there are all the achievements that are discovered throughout the journey.

This was just the perfect way to finish off the year.

Big shout out goes to Gregory Wallace and Mickey Campbell and all the amazing team of volunteers who were involved with bringing this most iconic race back for us to run.

Time to sit back and enjoy a well-earned rest, ready to see what adventures 2021 is going to bring. One thing is for sure, I’ll look forward to standing on that start-line again.

Pictured: Stephen Redfern at the summit of C2K with his support crew. Photograph – Facebook. 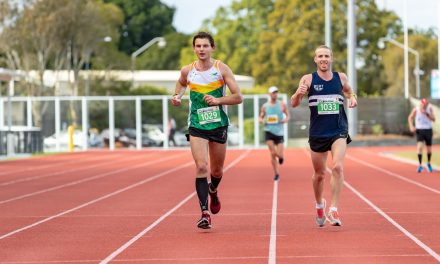