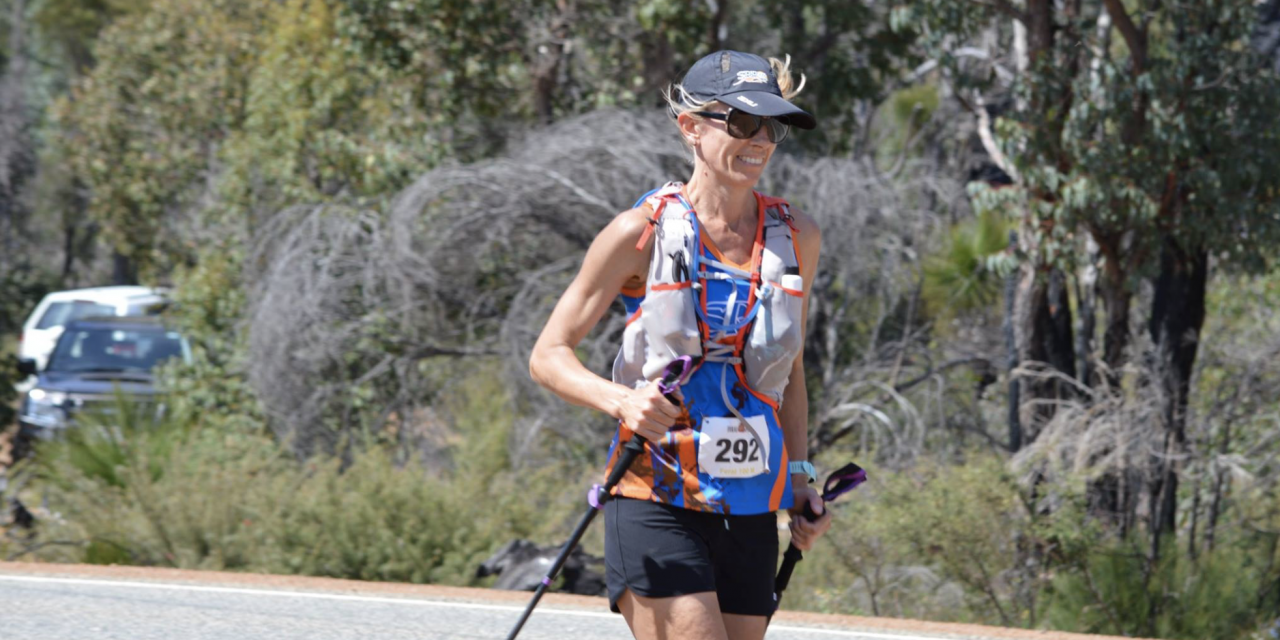 As I think back to the November 3 Feral Pig Ultra race (100 Miler), a sneaky tear pops out of my eye, because I’m hugely emotional and still physically drained even after almost one month.

The morning started with me losing my bib and race director Shaun Kaesler telling me to get off the bus and go find it!
Once all was organised and I’d found my bib, we kicked off the race at midnight, but it wasn’t long before I took a wrong turn at the 1km mark. It didn’t get any better either, as Perth’s weather decided to kick it up a notch and freak me out with thunder, lightning and pelting rain around the 20km mark.

It wasn’t until after sunrise that the race really began for me – yes, the race between myself and the bloody awesome ultra runner Beck Hefferon.

Coming into Brookton Highway she was hot on my tail and that’s how it was until the very end.

My pacers Chris and Jason kept me going, and they were just brilliant, keeping me positive and just staying with me.

I have to say, the sun and heat during the day was relentless.

I heard it got to about 35 degrees.

I remember at one point a volunteer at an aid station poured four buckets of icy water on my head, and Chris telling me that we couldn’t let Pam Mac (a friend running the 50km, which started later in the day) catch up to us.

Beck was somewhere behind me, always in the back of my mind, and it gave me the motivation to bloody climb up another ridiculous hill. I cried big tears as I ran into the Discovery Centre aid station (which doubled as the finish line following the last leg, which was an out-and-back) and asked myself, how was I going to do the last 36km?

Friends Mick, Val, Cheryle, Cyn, Michael and Jason were there, calming voices with gentle, firm hands on my chest. They re-filled my pack, which was just enough motivation for me to head back out and finish the last leg.
I was spent though! I had nothing left, nothing.

Pacer Jason and I got to the turnaround point at Jorgensen aid station, but it wasn’t there! I was so mad, so mad. Calling out with nobody answering, calling Shaun by which he just kept saying ‘go to the marquee’ but, eventually, we came across it.

Val and Mick told us Beck was just six minutes behind, and at that point I don’t know what happened but determination kicked up 50 notches and it was full steam ahead.

Jason and I just powered, soared, and grunted and I remember 700m from the end I tripped, but magically a hand grabbed my shirt and for a second I hovered horizontally to the ground.
I couldn’t believe it!

First female in 24hrs 31mins and a buckle.

What a tough race, and one I’ll truly never forget. 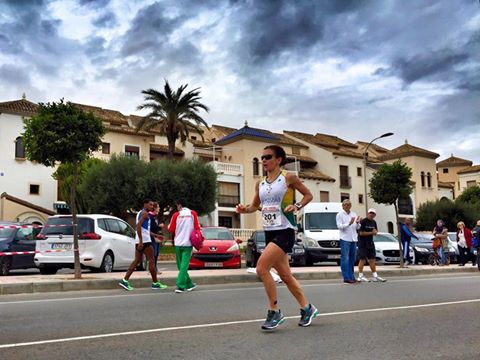