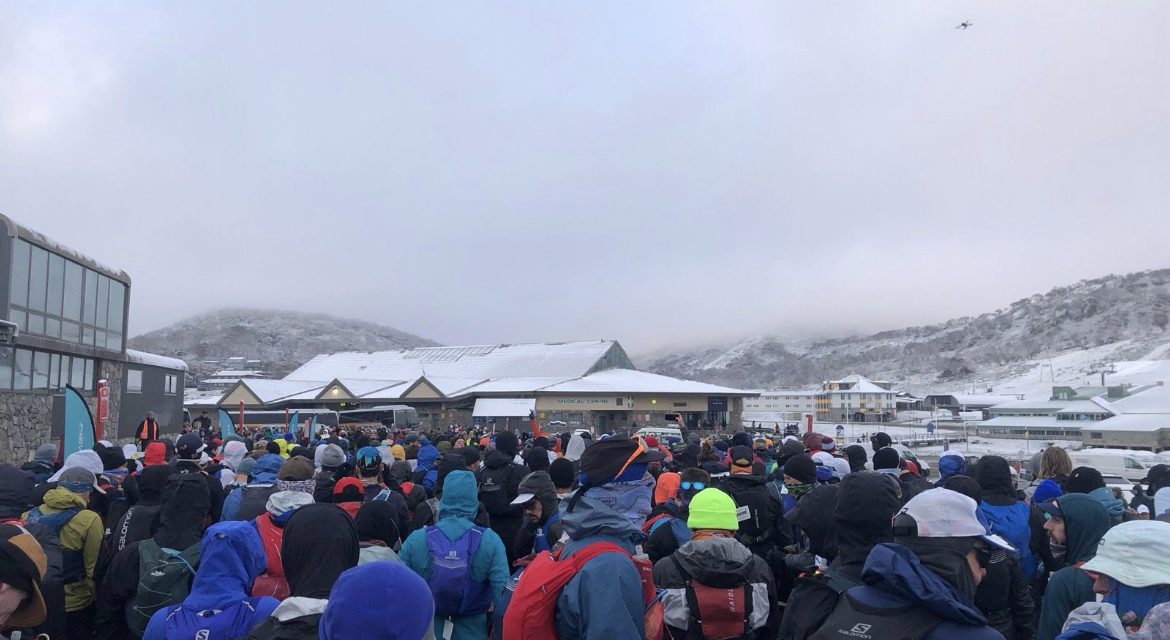 When the entries opened straightaway my ears pricked up but the time of year was a sticking point and I already had an event in November, the GSER miler. Fast forward to November and chasing stones is a reality, I chase an entry and accommodation bang 100km it is, in 3 weeks!

I would never back up events but had to in this situation to gain entry in to the 2023 lottery. My training was nearly non-existent as I just needed to freshen up for the event as all the hard work had been done prior. Two days from the event there a snow dump in the middle of summer and a slightly changed course, less add my only snow running was a run in Canada in -21 conditions and it wasn’t that much fun.

We all huddle in the building and I did have a thought what am I doing here, but once outside it actually wasn’t that bad. I decided I needed to be at the front so I pushed in the side and parked myself in a gap and found myself next to the only other person that I knew doing the race, Gareth Hinds from Tassie who I would run with for the first part of the run catching up.

The pros put the hammer down early and I was happy to settle in the 3rd pack back and take in the scenery, it was like out of a movie stunning with the snow covering the vegetation. The runners started to thin out and towards the summit, conditions were cold, windy and there was snow – this was interesting under foot. As the pros were coming back down, I gathered I was in the top 20 and happy with my position and let it roll coming back down towards the aid station. This is where I teamed up with Reece and Steve who were doing the miler but were quality runners and would take me where I needed to over the next 15km. This stretch was the most magical of the race, and I confirm that there was running on the metal grates. Coming into the aid station at 30km, I was overheated so I took my jacket off and this was the point I realised that I didn’t really have my climbing legs today, that the miler last month was going to play its toll on me as we had set a fast past to this point. Out of the aid station I could see 3 people in front but as I had reverted to plan B, conserve rather than push, it took me a while to catch them. One of the guys I think I got as close to 200m but never caught him as I would see him leaving the aid station every time.

From 58km to 85km I didn’t really have that much fun along the bike trails, rolling inclines and switch backs. This is where I lost my shizzle a little, falling over x3 and I got my first signs of cramping in my left glute – I thought my race was unraveling, I didn’t get passed by Steph Austin the first female and another runner until 78km which I had thought I had did well to defend my spot for so long, but still had 22km to go. I tried to stick on but the flight inclines were my nemesis and I dropped off.

Into the last aid station at 85km, the elusive running was again leaving the aid – surprise, surprise – and Steph and a mystery runner were at the aid. He took off without Steph who stayed a little longer but set out in front of me. At this point I just wanted to finish and took a step and realised my body had shut down; I think it was done, I was in a little trouble so close to the finish. I walked it off, hobbling, hoping it would come good, but it took me a good kilometre and I could see the next person behind me so I didn’t have any room to spare. I had to get my shit together.

I had noticed Steph had started to come back to me, I think she was bonking as she was so strong when she passed me 10km earlier. I gave her some encouragement and mentioned how far the next girl was and I think this was enough to flick my switch, and I found my rhythm again. As we passed the last marshal he said it was only 3km but my watch was telling me different – it was telling me 5km. I may have hit a flat spot from this, but when we got to the next marshal she said 3km it was like ground hog day and Steph had reappeared on my tail. I was either slowing or she was back. Either way I dug deep and pushed as hard as I could to the finish line to finish in 12th spot in 9:42 extremely happy with the result with such a quality field and coming off a miler 3 weeks ago.

My crew Anna and Stuart Cox were amazing stepping in to help at short notice. The shoes I wore in the race were Altra Mont Blancs which handled all conditions out there including the snow and ice. I wore the 3/4 Puzzle Steigen socks. Massive congratulations to the event organisers, they did a wonderful job with the last minute changes; the course was marked sensationally and aid stations with the volunteers and supporters were so friendly to make my experience a good one.

I highly recommend anyone doing the event in the future. 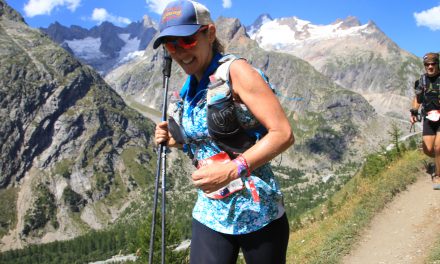 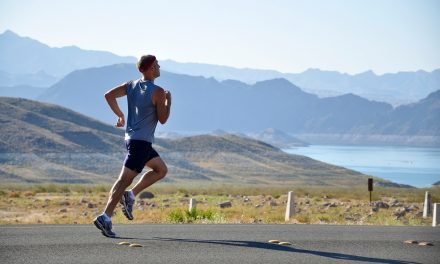