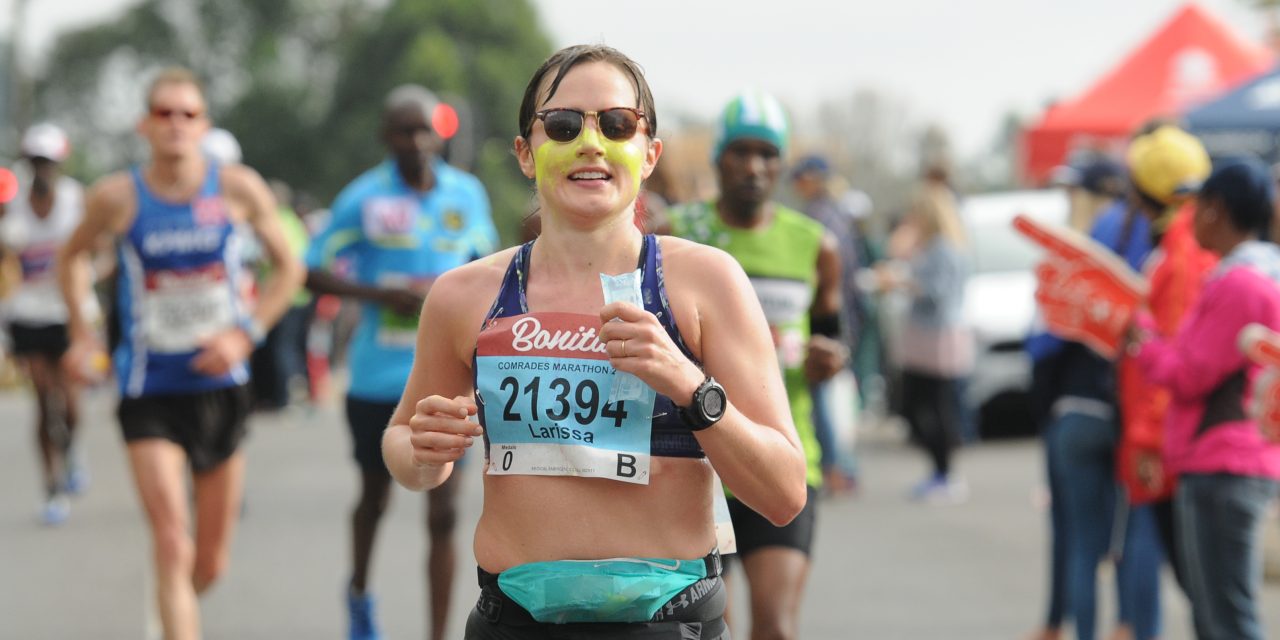 With a Belarusian grandfather who was an ex-gymnast, and still doing flips at the age of 70, it’s little wonder that Larissa Tichon found herself touched by sports early in life. The Inner West Sydney-sider was encouraged to aim for the Olympics after competing in gymnastics herself, but being a tom boy meant she tried to get her hands on every other athletic venture for the love of beating the boys – especially her older brother.

Now 28, Tichon recalls her first encounter with running was at the tender age of eight.

“I was in year three and was participating in the school cross country carnival,” she says.

“It was a 3km race and I was winning for the first 2.8km – until a hill came into the equation. I walked up the hill and came second.

“Running then became another sport to the list, but not my key focus.”

As the years passed, Tichon continued doing the annual school regional, state, and national cross country races, but focused mainly on her gymnastics – until she became too tall, and then moved on to platform diving.

But it didn’t end there.

She joined a local running club (Woodstock Runners) in her final year of schooling and ran her first marathon aged 17, but the passion slowly began to rest steadily in her as she dabbled in other races outside of school.

Tichon found herself winning her first ever official race – ironically, it was the Balmoral Burn, a 420m uphill race. Her training soon consisted of cycling to university (27km) and entering races on the weekends.

The mistakes were made early on though, as Tichon soon found out.

“I then became more involved with Woodstock Runners in my area, and met Brendan Davies, who just happened to mention a 100km race coming up, and so I entered,” she recalls.

“I did that race when I was 19 with absolutely no idea about nutrition, hydration, or training. I finished in just under 12 hours and fainted!”

But as life moved on, Tichon’s running became just another thing in the background. She was studying, got into working life, and got married.

“During this time, I entered in some ultra races, including running my first 24 hour race at the tender young age of 22,” she says.

“It was a big moment for me as it was during this race that I became a Christian, and I also met Meredith that year who taught me ‘performance = training x talent’.

“It took me four years to take that to heart, sparked by a significant event in my life – the sudden death of my only brother. In late 2016 I started training properly; it was a way initially to re-shift my focus, then a way to not want to waste a life, and evolved to become my social life too.

“I was hungry to train, to be coached, to have some fun along the way. That’s basically where I’m at now – training like I’ve never trained before, coached by Brendan Davies (100k World Team captain), and really enjoying the journey of training and the places I go and relationships I develop.”

In gearing up for the September 100km World Championships in Croatia, Tichon will be aiming for similar weekly mileage as when she was training for Comrades.

“Comrades has to be my favourite race so far, so training distances will vary depending on recovery and building,” she explains.

“For Comrades, I peaked at 175km per week in the weeks leading up, so for September I’m hoping for something around there or a bit more.

“I’ll be running every day if I can, and trialling a bit of strength and altitude training (with a very open mind); I’ll be looking at getting Chinese massages including mugwort, acupuncture and cupping on a weekly basis, memorising a verse of Romans a day for something to meditate on in my head whilst running for hours, and focusing on fuelling well for recovery and race weight.

“I was so excited when I got the call that I’d made the team; it was just a couple days after Comrades, so I was already on this wave of excitement and it simply added to my temporary insomnia.

“I’ve wanted to represent Australia since my 100km race in 2010, so it’s an honour and a privilege to be doing so eight years later.” 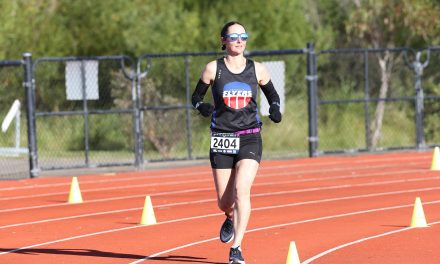 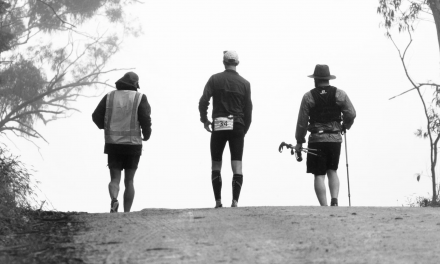