You may certainly recognise the name of our new committee president; someone who has been active in the ultra running community for quite some time.

Ewan Horsburgh has been preparing for the role for quite a few months in the hopes of being elected in by members, which he was successfully voted in at the last AGM on April 28 (2020), and said his main inspiration was an urge to give back to the ultra running community.

“I’ve been an AURA member and part of the Australian 24-hour team for quite a few years, and felt like I wanted to give something back; something back to AURA because the organisation provides an incredible amount of support,” he said.

“I’ve really been on the receiving end of the Australian team and international races, so I thought to myself that I’d like to help.”

Ewan has represented Australia countless times in long distance events across the globe and has led the Aussies as their Team Captain in the 2019 24-hour World Championships in Albi, France.

He is still very much an active runner, still running 100 mile events and the like, and said he was very much looking forward to promoting AURA and the sport of ultra running.

“One of the best things about ultra running is the older you get, the better you get, and the sport is just a brilliant activity to get involved in; it’s what I love about it,” he said.

“The four of us on the new committee (Matthew Eckford, Julia Mackay-Koelen and Simone Hayes) we all communicate extremely well, and we have so much enthusiasm; this is going to work out great, it really is.

“Everyone on the committee has got ideas about what we want to do, but we definitely want to share all the stories we possibly can to promote the members and events as much as possible.”

“There is definitely a goal of increasing the membership base, especially with ultra running booming, so that will be one of the goals to be taken into consideration over the next few months.”

To reach out to Ewan you can email him at president@aura.asn.au 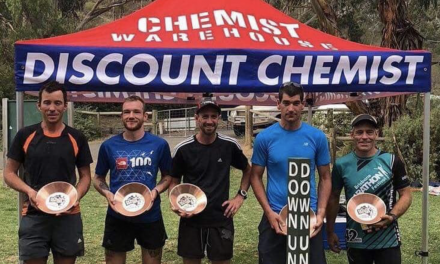