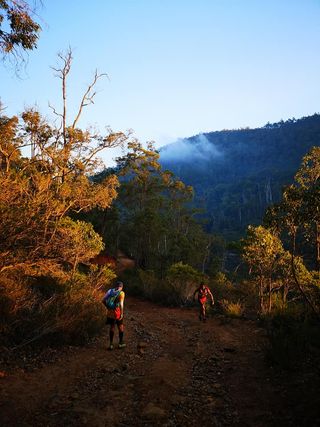 Based around Nanga Bush Camp bunkhouse we head out onto the trails of Nanga around the Murray River.

Further information: Why WTF? Other than being an attention-grabbing name, WTF is an acronym for “Waterous Trail on Foot”. The Waterous Trail, located south of Dwellingup, was to host the race for the inaugural event in 2013. Unfortunately, as the race-date neared, authorities advised of a prescribed burn in the area planned around the time of the event. This resulted in a switch to the Munda Biddi Trail north of Dwellingup. In 2019, the event hub moved to Nanga Bush Camp near Dwellingup, and uses out and back trails centred around the Murray River.

Mandatory gear: Runners are required to carry a mobile phone, their own food and a minimum of 1ltr of water between drink refill stations. Other rules are found by clicking here.

How long in existence: Inaugural race in 2013