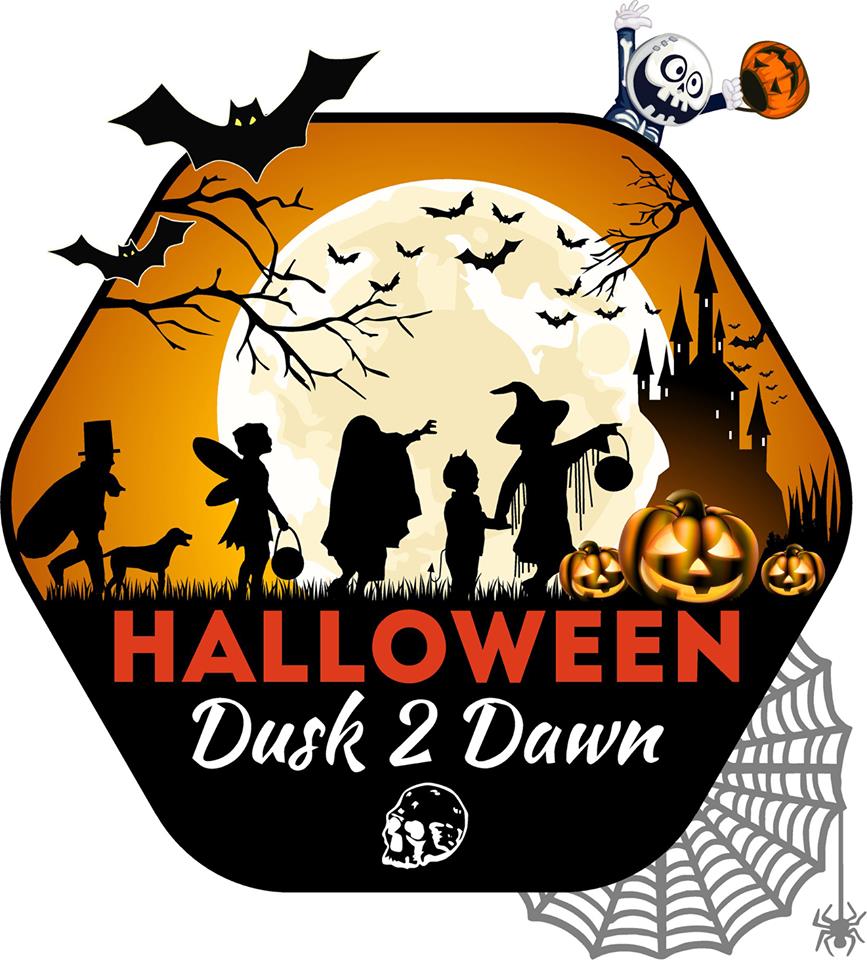 Their dressed up to trick or treat through the 7km forest course. The heat is near, but not drained away into the earth.

The Halloween sun isn’t fully set and already the candy wrappers blow. Thinking nothing of it and chattering excitably they made their way down to the forest door.

7km and Dusk 2 Dawn 12hr solo and teams runners will brave the forest 1st, followed by the Moonlight Marathon and Twilight 1/2 Marathon runners. Do they knock or just creak the forest door open, and then their gone.

Every runner disappears, but then the whispering began, little voices in everyone’s head, no two people hearing the same thing… will I or won’t I?

You enter at their own risk, only 7km (lap) to attempt at a time.

The gentle yellow flicker from the brave souls that dare to trick or treat running through the forest , will they be guided by the faint lights.

As the plants grow, the runners are too content with our costumes, candy and chatter. But soon we heard the deadly whispering of the trees and vines that began to choke anything in their reach…

12am sees a change of direction for all runners already lost in the forest. It also sees the brave souls of the Midnight 1/2 Marathon runners start.

The cobwebs hang from the trees and billowed in the breeze that stirred the dust from the forest floor. There they hang like sheets of hair from an spooky old witch, white but dirty and tangled through the trees. They blow off and cover the ground as the weary runners struggle by, they can only picking up the little glimmer of light as the moon struggled through the dense overgrowth of the forest.

Forgetting about candy entirely now they stand with bemused expressions, glancing at one another, waiting to be let in on the joke.

Are they for real, is this the way. Then feeling their feet to be hot, they began to race from one foot to another, they cried out in terror and ran for the check point. With violent speed the air around them begins to get colder than ice, their muscles freeze, crumple them.

Are you game to take on the forest, only the strongest will survive.