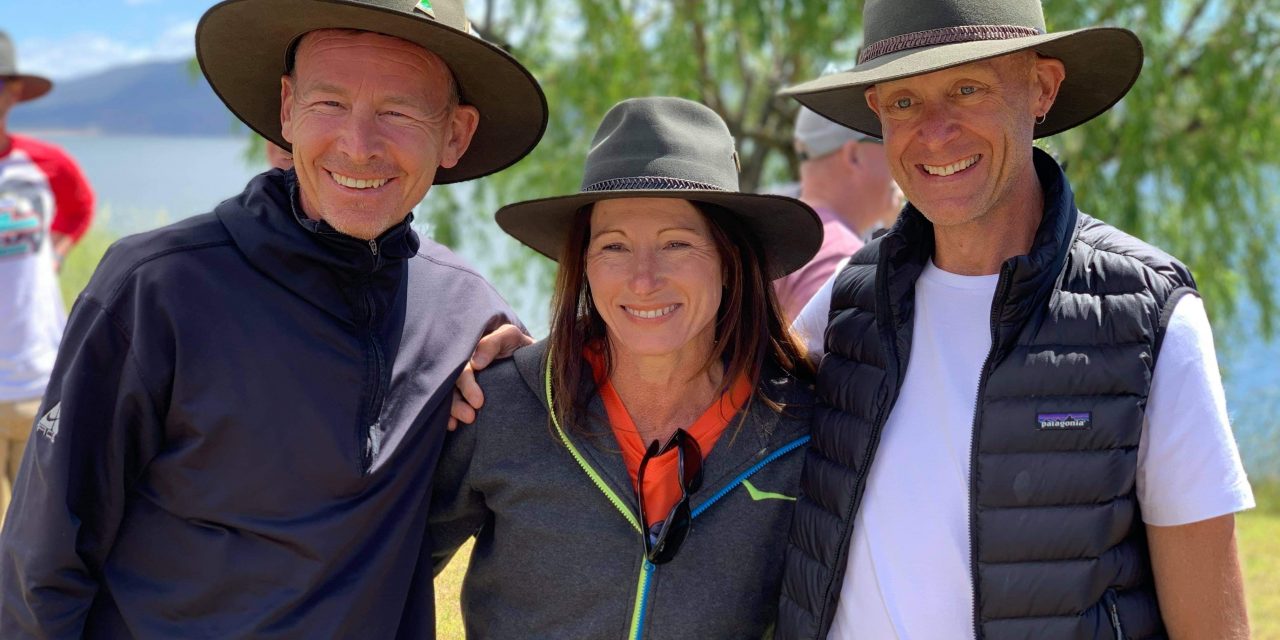 The 2020 edition of C2K certainly didn’t disappoint! When I heard the race was back on the calendar I couldn’t wait to apply. The excitement of getting a place at the start line was quickly replaced with an anxious wait regarding the border closers (COVID-19).

After a long drive we were finally in Eden, catching up with many friends and creating many more. My goal this year, on a limited build up, was a conservative run, hoping to maintain a sub 30 streak.

The first 24km to reaching the crew was relaxed and felt good. This continued until around the 50km mark, the legs just felt a little heavy, nothing unusual around that time.

Then 2km up Big Jack I got a sudden calf cramp so I eased the pace back but then got another one on the other leg. I began throwing down extra electrolytes and #infinitoz.

After the 6km climb the legs were giving me a number of random cramps so we slowed the pace even more as we looked to up the fluids without causing any gut/nausea issues. I rolled into Cathcart at 70km, feeling dead in the legs, with the quads joining the cramping fiesta. I told the crew I was having concerns about getting rehydrated, my last pee being over 5 hours earlier, despite swallowing 2 litres in under 2 hours.

The temperature was apparently 29 degree C, with a dry wind disguising the energy stepping warmth. A further 2 hours of slow, laboured run/walking passed before I could finally water the grass. By this stage the challenge was not what time I would finish, but to survive and rebuild, to ensure we reached that summit.

I slowly got some rhythm back in the legs and pushed on from around the 90km mark, enjoying a decent run to Dalgety at 148km.
Craig R Smith and Jack Pearson enjoyed running under the bright stars into the checkpoint, before Dan Symonds took over for the long haul, over the Beloka Range into Jindabyne.

The sun was rising over the lake as we headed into town, normally we are around perisher at sunrise, on a decent run.
At least we got to see a different section of the course in daylight.

It was great having Jack accompany me up the long climb from Jindy, his enthusiasm was so motivating. Dan joined me after Sawpit Creek until a few km before Charlottes. One by one we ticked off the landmarks, pay gates, sponers, smiggens, perisher and finally Charlottes Pass. The crew was ready and waiting, all equipped with mandatory gear and we headed off to the summit in bright sunshine, in shorts, t-shirts and sunnies.

I know mandatory gear is often questioned as being an overkill, especially in such nice weather, but it proved to be so vital just a couple of hours later. The march to the top was slow and steady, my feet battered by the extra walking and gait changes due to the cramping. We finally made it to the top as wind gusts increased by the minute.

A few quick photos and we turned to head back; stumbling over the boulders caused another major spasm fest in the legs.

Suddenly the sky went ink black and the crew decided to get us wrapped up just as the rain started to hit. Within minutes the temperature plummeted to about 10 degrees C, the wind driving the sleet horizontally. We staggered very slowly, bracing against the huge wind gusts towards the toilet block 2km down from the summit.

Not one of us was not shivering uncontrollably as we quickly took off the wet gear and put on any extra layers available before huddling together wrapped in tinfoil space blankets. We tried to get phone calls out, to the race officials but unfortunately had no signal. We sent texts in the hope they may get out. We waited two hours, as the winds and rains battered the steel door.

After a group discussion we decided to push on a further 1.5km down to the better equipped Seamans Hut as we were still shivering and unable to get warm. We were confident we would get phone reception there too. We were greeted by a number of other runners and a warm stove. We were told we should stay there until vehicles arrived to ferry us the remaining 5.5km back to the finish line.

So with 234.5km covered our running journey came to an end.

Eventually a vehicle arrived and ferried groups back to Charlottes Pass. We finally flopped onto the beds at the Jindy Hotel around 9.15pm Saturday, so much had happened since the 5.30am start the day before. Despite all of the above, we all still had such a great adventure, rose to the many new challenges that got thrown our way and most importantly we still managed to keep the smiles…well most of the time.

It was great to experience the lows and highs that this event serves up continuously, with such great mates and my son Jack. Thank you, to the great team of race officials, for bringing back this Iconic race and enforcing that vital mandatory gear. Thanks to all the runners and crews, the mutual support and encouragement is always a highlight of this event.

I wonder what Coast to Kosci 2021 has in store. 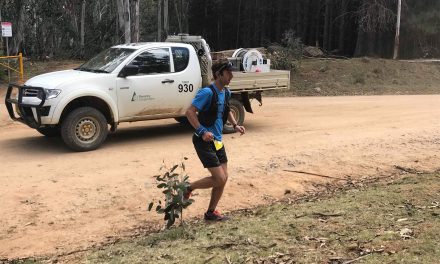