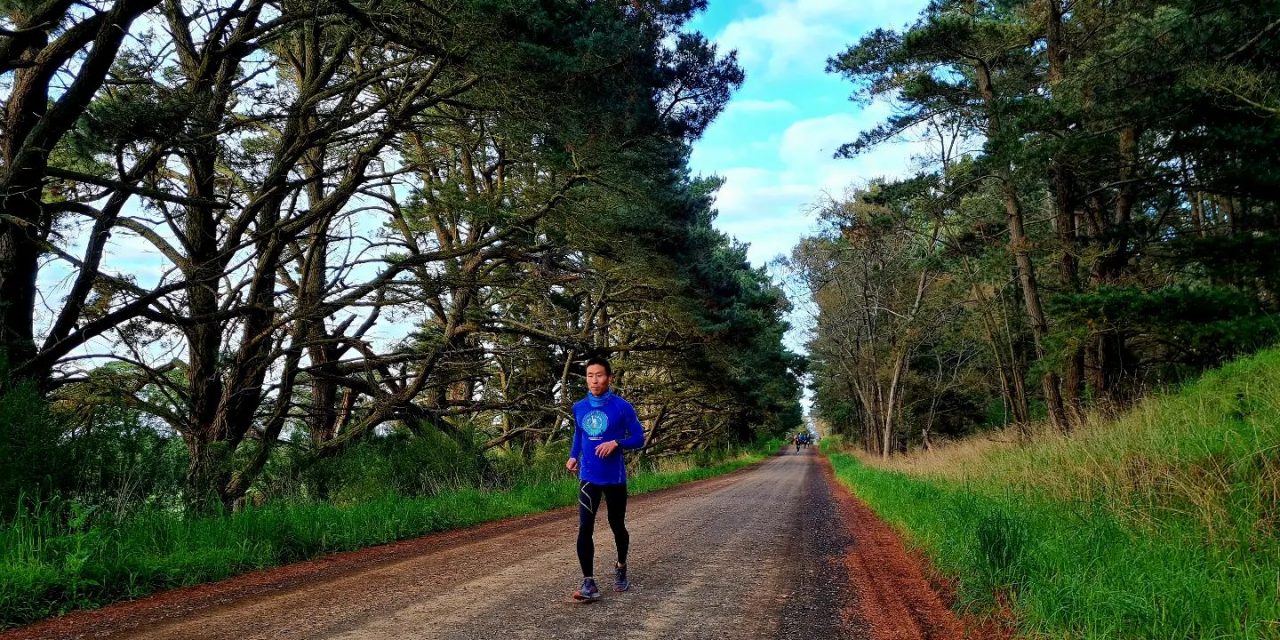 On the evening of October 13, Deep Creek (after which the Mirrim Wurnit Farm is named) burst its banks. The Macedon Ranges had more rain in that 48 hours than it had had in any 2-3 day period the past 50 years. The water level climbed up above the farm fences, and about 25% of our planned course for the Backyard Ultra World Team Championship was under water.

We were in trouble.

The race was to start at 11pm on Saturday night (7am time at Bigs Backyard in Tennessee, USA). That time was not going to change for us. The clock was ticking.

The course had already been revised owing to the torrential downpours a few weeks earlier, leading to waterlogged grass and mud making sections of the course a boggy mess. We had trimmed the course down to being basically loops of the one part we were still confident would be runnable.

During Friday, October 14 (the day before the start) we considered alternative venues and spent time on the phone to local councils. But the logistics of hosting a four day event with all that came with it in terms of the needs of runners, crews and coordinators, made that a near impossible problem to solve in 24 hours.

None of the choices were clear cut.  We were searching for the least worst option. The idea of a perfect event was long gone.
We doubled down on finding a way to make it work on the farm, even though it seemed like we were out of options. The only hope seemed to be that we had about 36 hours until the start, and the rain had subsided.

We reluctantly informed runners that we were in trouble but reassured them we would find a solution (yikes!). We had to start preparing for the worst (cancellation) whilst trying to solve multiple problems. All the runners were very supportive, but nervous. They had invested a massive amount, in some cases years, of energy in making the team and the start line. Many had flown in from interstate and had already had their camping plans messed up by flooding all over rural Victoria.

That was a stressful night. The main message I got from runners though was that they wanted to run. They were prepared for compromise. Our WhatsApp group had been successful in preparing them for compromise but we still didn’t have an answer. They told us they were prepared to run up and down the driveway, or around and around a hay bale – but point blank, they wanted to run.

By the evening of Friday, October 14 the creek had receded and the course was no longer under water, but large sections were waterlogged. We doubled down on our main, and pretty much only, option of going ahead with the course as planned, and accepting the fact that it would be quite messy, but at least it could work. And would hopefully improve further.

The ace up our sleeve became obvious late on the Friday. A section of the road on which the farm is situated was also flooded by Deep Creek. It was more than a metre deep, and impassable, and the council closed about 4kms of road right alongside the property. We had almost 4kms of dry dirt road, closed to traffic, right next to our start line!  About 20 metres from out corral!
On Saturday morning, George Mihalakellis and I went out on that road and measured a new course. A simple out and back on the closed road.

We announced to all runners that we would run the first 10 hours (Saturday overnight) on the closed road, with a plan to switch to our planned course the following morning after assessing the state of it.

In the end, the road stayed closed for the whole event. We could have switched to our farm course on Monday or Tuesday, but while the road was closed it made sense to stay on it. We liaised with the runners mainly via their crews during the event to keep them informed. We really did not want to spring changes on them during the event, and in the end I think we got it right. The Australian team: 7 West Australians, 5 Victorians, 2 Queenslanders and a Tasmanian

The story of the race itself is best told by the runners but suffice to say that 11 of our 15 athletes logged PBs.

Team Australia came third in the world out of 37 countries, behind the USA and Belgium, and the Australian backyard ultra record was smashed by 17 hours. Several performances ranked amongst the top 20 all time backyard ultra totals.

And around the camp fire new friends were made, a true team spirit prevailed and we were all collectively amazed by what the team accomplished.

Pictured: John Yoon out on loop 9 at the 2022 World Backyard Ultra Championships, on the closed off road that was used as an alternative for the event. Photograph – Dead Cow Gully. 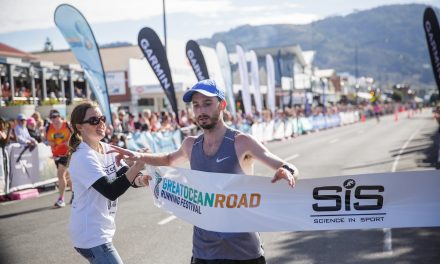