AURA is pleased to announce the winners of the 2020 AURA Awards.

Helen Stanger Award For the greatest single best ultra running achievement by a female under the age of 60.
Annabel Hepworth from Sydney NSW is well known on the Australian Ultra circuit, but last year she became even more well known on the international ultra stage when she broke the Australian women’s record back in January 2020 running 1192.156km in the 10 day Across The Years in the USA. It was amazing to watch and follow her progress as she backed up day after day to be not only the first female, but 1st place Overall. This woman can run – and for a loooong time.

Well done on a spectacular achievement!

Bryan Smith Award For the greatest single best ultra running achievement by a male under the age of 60.

Chris Murphy from Airlie Beach Queensland took out the Big Dog’s International Last One Standing in October last year in a nail biting performance where he walked away with his first ever win in a running event, as the Australian Champion, setting an Australian record of 46 hours and 308km which is also an Australian record.

Young Female Ultra Runner of the Year For outstanding single or collective performances by a female under the age of 30.

Stephanie Auston from Merimbula NSW is a speedster over all distances and in 2020 she proved that once again she is a real talent to be reckoned with, placing 1st (3rd overall) Gold Coast 50km Road Race in a blistering 3:17:26 which was a race record and an Australian Female Record. She also placed 1st overall in the 64km Kuranda to Port Douglas.

Congratulations Steph, we look forward to watching your performances in the years to come.

Young Male Ultra Runner of the Year For outstanding single or collective performances by a male under the age of 30.

Benjamin Duffus from Brisbane QLD is another amazing young runner with a huge future. His 2020 was quieter race-wise for him than usual (like most!). He did still manage to squeeze a 2nd place in the Tarawera Ultra 50km and 4th place in the Guzzler Ultra 100km. However his most outstanding performance last year that earned him the nomination for this award was his 1st place in the Brisbane Trail Ultra 60km where he also set a new course record in 5:21:18. A mountain lover and beast on the hills, I know we will see much more of him in the future.

Cliff Young Award For the greatest single best ultra running achievement by a male over the age of 60.

Barry McBride from Adelaide SA is a very passionate runner and coach and new grandfather!

He receives this award for his 2020 SA Track Championships appearance where he set the National M65 Age record for 100km in 9:58. We love his continued enthusiasm for the sport and he is a force to be reckoned with!

Never quit running Barry! We know you have more to give!

Shirley Young Award For the greatest single best ultra running achievement by a female over the age of 60.

Pam Muston from Canberra NSW is a deadset legend of the sport. At the age of 60 something she has just completed her 6th Coast 2 Kosci 240km (she has competed in 7 but withdrew at 183km in 2014). The 2020 running of this race saw Pam complete the race in horrendous conditions in 35hr55mins in 7th place. She also won her age and placed 7th in the Sri Chinmoy Trail 100km in 13:23, and placed 3rd and 1st age at the Narrabeen Allnighter 12 Hour with a total of  94.9km.

This grandmother and amazing runner never ceases to inspire female ultra runners and will continue to do so for many years to come.

Congratulations to Annabel Hepworth for her win at the 2019/2020 across the years 10 day race in Arizona USA. This was an amazing performance from an Australian who not only became the 1st female finisher for the race but also was able to win the event outright with her total distance of 1192.156km

Along the way Annabel was able to achieve some amazing milestones at this event with joining the 1000km club. She also achieved during the race a 6 day split of 471.459miles (758km) which was a PR for Annabel and which gave her the best distance over a 6 day distance for the year. 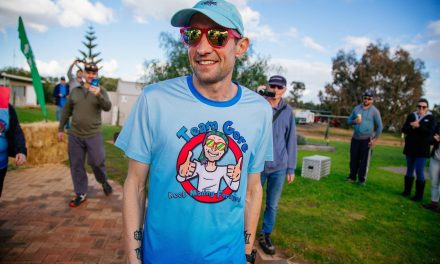 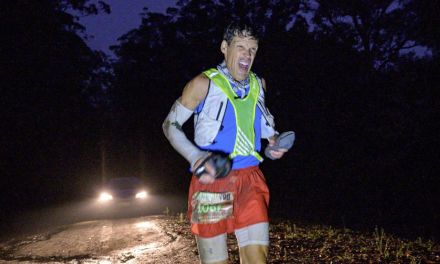 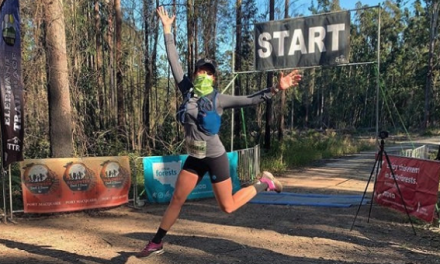